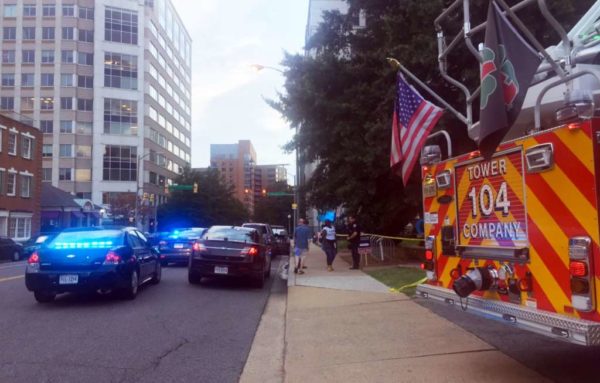 Updated at 5:15 p.m. — The suspect has been identified as 37-year-old Sharon E. Uwandu of no fixed address. She has been charged with two counts of Aggravated Malicious Wounding and is being held in the Arlington County jail without bond. Both of the victims suffered life-threatening injuries but are expected to survive. 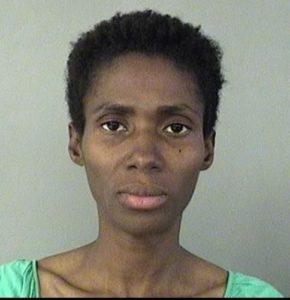 ACPD Deputy Chief Daniel Murray says the victims might not have survived if it wasn’t for “immediate medical intervention by witnesses and Arlington County police officers, quick response and treatment by Arlington County Fire Department EMS, and the exceptional skills of the trauma service at George Washington University Hospital.”

The incident happened just before 6 p.m. in the park near the corner of 15th Street N. and Courthouse Road, near the AMC Theater and ACPD headquarters.

Police say two women were stabbed by a female suspect during an altercation. Passersby intervened, starting helping the victims and one was able to stop and detain the suspect until police arrived — less than a minute after the initial 911 call — according to ‎Deputy Chief Daniel Murray.

The victims were transported to the trauma center at George Washington University Hospital and are expected to survive. As of 8 p.m. the victims were reported to be in critical but stable condition.

Police are still investigating what led to the violence.

Two women stabbed in that Arlington parking lot by the movies. #breaking pic.twitter.com/3VXiggivTw

I'm told officers gave first aid to the two victims as soon as they arrived on scene pic.twitter.com/JkQ9yEGSqu

#Update @ArlingtonVaPD and ACFD units on scene at AMC Theaters in Courthouse and are treating 2 victims at this time. PD securing building.