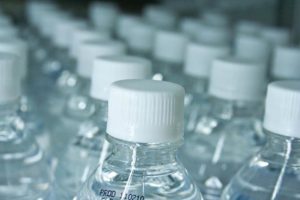 A dispute over a stop sign between two drivers led to one allegedly striking the other with a water bottle.

The road rage incident happened in Pentagon City, at the intersection of S. Hayes Street and Army Navy Drive near the Pentagon City mall, just after 10 a.m. this past Friday.

Police say a man was so enraged that he threw a water bottle at the other driver, striking him or her. The victim was uninjured by the projectile.

MISSILE INTO OCCUPIED VEHICLE, 2017-08110095, S. Hayes Street at Army Navy Drive. At approximately 10:11 a.m. on August 11, police were dispatched to the report of an assault. Upon arrival, it was determined that following a verbal dispute between drivers over a stop sign, the suspect threw a plastic water bottle at the victim. The water bottle struck the victim but no injuries were reported. The suspect is described as a black male, approximately 28-40 years old, with a larger build. He was driving a gray four door sedan. The investigation is ongoing.