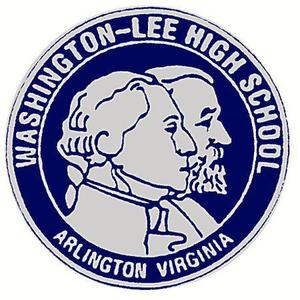 The following Letter to the Editor was submitted by Washington-Lee High School 2015 graduate Alexander Wallace, who is now a student at the College of William & Mary.

Activists called for Lee’s name to be removed from W-L at the Arlington School Board meeting on August 17, in the wake of this past weekend’s events in Charlottesville.

Board members announced they would study the names of all current and future schools in the county and decide if any should be changed.

Since the violence in Charlottesville over the removal of the statue of Robert E. Lee, there have been calls to rename Washington-Lee High School, Arlington’s oldest. Others want to keep the old name.

As a 2015 graduate, I have thought about this subject often, especially after the Charleston massacre, which was on the day of my graduation.

I understand the argument for renaming the school. Robert E. Lee fought for a government whose raison d’etre since its inception was the preservation of chattel slavery; the Cornerstone Speech by their Vice President, Alexander Stephens, makes this clear as day.

In fighting for said government, Lee therefore fought to preserve that vile institution even if it was not his premier motive, and that in and of itself leads to just condemnation. That fact certainly makes the banner in the halls “Washington-Lee Celebrates Diversity” more than a little ironic.

That being said, I also understand the opposition to the name change. Washington-Lee, as a name divorced from its namesakes, has become an honored name, with famous graduates like Sandra Bullock and Warren Beatty, and academic and athletic success. Thousands of people by now have formed memories and friendships under that name.

Additionally, changing the name to proposals such as “Washington-Lincoln” or “Washington-Lafayette” (which I have both seen) would cause a significant degree of financial trouble to the school administration as they would have to replace signs, songs and logos on just about everything.

In full understanding of both perspectives I propose a compromise as a plan of action. We need not change the name “Washington-Lee,” but the name “Lee” could be rededicated to Robert’s father, Henry Lee. The elder Lee fought for the early Republic during our war for Independence in both Northern and Southern campaigns, and died long before the Confederacy was ever even an idea.

In doing so, we could keep the name “Washington-Lee,” the mascot “Generals” (for they were both generals in the Continental Army, and both from Virginia), the alma mater (which refers only to ‘Washington-Lee’ as a collective), and most everything else. All that would need to be changed are some portraits, like the ones in the main office and little theater, and one of the logos.

This compromise would allow the complete removal of the stain of the Confederacy from the school whilst maintaining its long-standing traditions. It is a compromise that I find ideal and hopefully would spare the school from the worst of the ongoing culture wars and bring the dispute to a quiet conclusion, one that would not attract undue attention.