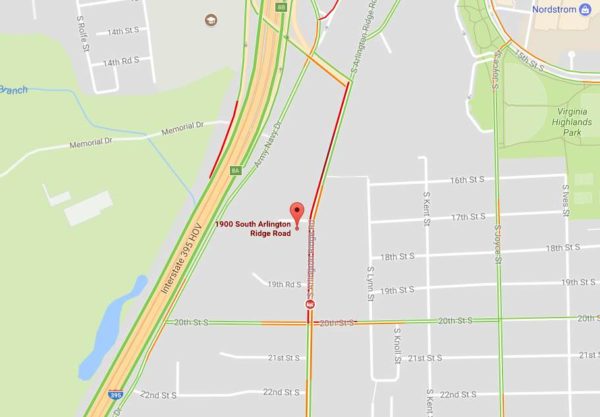 Arlington Ridge Road is blocked by a downed utility pole following a crash, according to scanner traffic.

A vehicle reportedly ran into the pole along the 1900 block of Arlington Ridge Road, toppling it and blocking the street. At least one person is being evaluated for injuries by paramedics.

Arlington Ridge Road, a busy commuter route for those exiting from I-395, is closed between 19th and 20th Streets S. Police are on scene directing traffic.