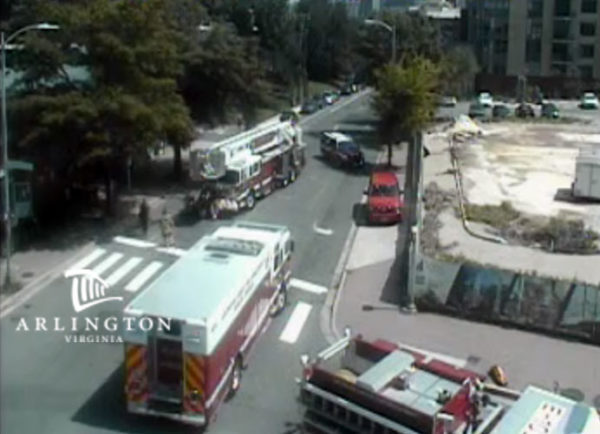 Update at 1:35 p.m. — The gas has been turned off and firefighters are leaving the scene. Any remaining road closures are expected to be lifted soon.

Earlier: A pair of busy roads are closed due to a major gas leak in a building in Courthouse.

Firefighters are reporting elevated gas readings in the building’s basement, according to scanner traffic, and an “extended” ventilation operation is underway.

The gas leak was first reported around 11:30 a.m. Wilson Blvd is expected to remain closed until at least 12:45 p.m. Pedestrian traffic is also restricted near the scene.

Photo from the scene at the intersection of Wilson and Courthouse. pic.twitter.com/iQB1IulQcU

.@ARLnowDOTcom street could be closed till 2pm pic.twitter.com/8GKCkBh36i

#Update: Gas line has been secured by @washingtongas. Ventilation of affected businesses will continue. Please continue to avoid the area. pic.twitter.com/KJWfKKj4jd