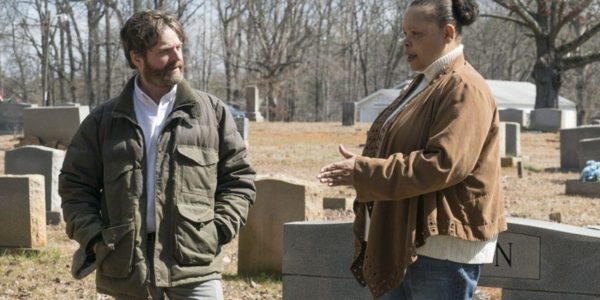 The Arlington League of Women Voters is hosting a free screening of a new Zach Galifianakis film.

Better known for comedies like The Hangover and The Campaign, Galifianakis tackled the serious topic of gerrymandering and money in politics in his new film, “Democracy for Sale.”

The League is sponsoring the film’s screening at the Arlington Cinema & Drafthouse (2903 Columbia Pike) on Wednesday, Sept. 27.

More from an email from LWV:

A border and barbeque aren’t the only things Virginia and North Carolina have in common. The two states also have some of the most gerrymandered districts in the country. Cozy relationships between regulators and industry are another commonality. A new film called Democracy for Sale featuring NC native and comedian Zach Galifianakis puts a spotlight on the ways big money political interests have influenced the drawing of district lines and led to a lack of environmental protection and tax cuts for the upper class and corporations, education cuts, gerrymandering, and laws designed to decrease voter turnout.

After a successful tour of Democracy for Sale in North Carolina, we’re excited to bring the film to Virginia on a statewide tour beginning on September 19th. The showings are presented by the Virginia Civic Engagement Table in partnership with local organizations throughout the state. Each screening event will be followed by a Q&A and discussion with local leaders.

While the film focuses on NC as a case study, the parallels to Virginia are innumerable. We hope these screenings will shed light on the similarities and show audiences how to get involved in demanding reform.

Come and bring your friends!

Photo via League of Women Voters