Everyone has experienced waiting forever to pay their bill at a crowded restaurant. GoTab, a local startup, aims to eliminate that annoyance with its web app.

Restaurants can pay to set up GoTab to save both their servers and customers time. Customers can use their phones to view their tabs on a special webpage, with no login or app download required.

They then have the option to split their bills, add tips and pay with credit or debit cards. Payment information is secure and receipts are emailed to the customers.

Diners can also leave ratings or reviews of the restaurant if they wish.

“It saves the [customers] a bunch of time, it’s super convenient, their receipts are stored electronically…and it saves the restaurant or the bar time because [servers] don’t have to make multiple trips back and forth [to their tables],” said Paige Cantlin, president and co-founder of GoTab. 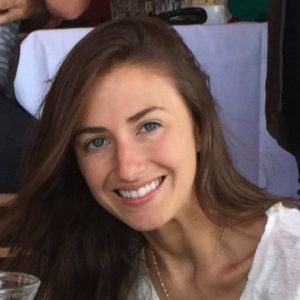 Cantlin started the company three years ago after working in finance for six years. However, she had considered creating a company like GoTab back in her college days when she waitressed tables to help pay her way through Johns Hopkins.

“That was where I learned about the restaurant industry and I wanted something like this as a person who worked in the industry,” Cantlin said. “I wanted something that would help save time and let my customers leave if they couldn’t find me when we were slammed.”

While Cantlin was getting her MBA, in 2014, she founded GoTab. A year and a half later, she met Tim McLaughlin, GoTab’s CEO and co-founder. Cantlin had known she needed somebody with technical experience to help with the app side of GoTab and McLaughlin seemed like a good fit. 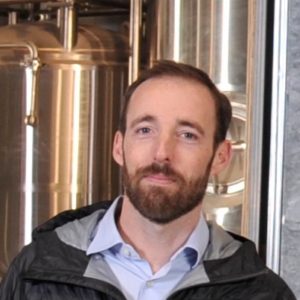 “I don’t have a technical background so I needed somebody who has a lot of technical experience and who had a really good ability to help us hire for a technical team, build our product and fundraise,” Cantlin said. “McLaughlin had 20 years of experience and he’s written codes since he was a kid…he’s basically the perfect founder.”

When Cantlin and McLaughlin talked, they realized they were both building similar apps so they decided to join forces. GoTab now has a team of eight people.

While GoTab was first created in Baltimore and then located in D.C. In December it moved to Arlington and the company is now based out of Crystal City.

Cantlin and McLaughlin decided to move GoTab to Arlington because they found that there was tremendous talent in the tech sector, it is relatively inexpensive compared to D.C. and there is a robust restaurant scene.

“We were able to find a lot of developers in this area, who want to be in this area,” Cantlin said. “To have an office [in Arlington] — that’s convenient for our employees.”

Since the move to Arlington, GoTab has been working to re-launch its product. Cantlin said the company’s goal is to have 20 restaurants or bars using the app by the end of 2017, and processing at least 20 percent of their volume through GoTab.

Currently, the likes of brewery Caboose Brewing Co. in Vienna and several locations of craft beer, spirits and food restaurant Crafthouse use GoTab.