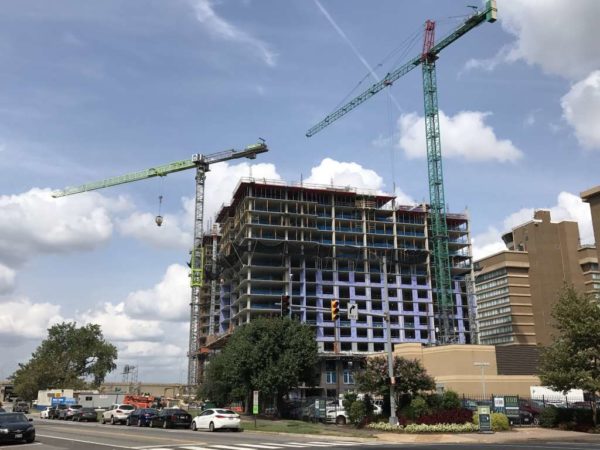 More on Mini Nazi Rally in Dominion Hills — “I hate to think the founder of the American Nazi Party would take satisfaction knowing he influences Arlington 50 years after his assassination.” [Falls Church News-Press]

W-L Alum Sandra Bullock Donates to Harvey Relief — Actress and 1982 Washington-Lee High School grad Sandra Bullock has given $1 million to the American Red Cross to help with hurricane relief efforts along the Texas coast. Bullock has quietly made $1 million donations in the wake of a number of major disasters. [People, Twitter]

ACPD Mourns Drowned Houston Officer — The Arlington County Police Department is joining other departments across the country in mourning the line of duty death of Houston officer Sgt. Steve Perez, who was overcome by high water while trying to drive to downtown Houston in torrential rain early Sunday. [Twitter]