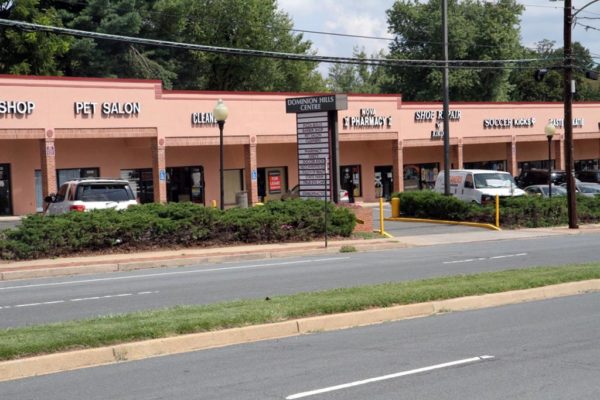 (Updated at 5:35 p.m.) Fifty years ago today — on August 25, 1967 — the leader of the American Nazi Party was gunned down at the Dominion Hills Shopping Center while trying to do his laundry.

George Lincoln Rockwell was shot by former neo-Nazi John Patler from the rooftop of the shopping center when he went out to his car to go and get bleach to clean his clothes with at the laundromat. Patler was arrested half an hour later, after throwing his gun into Four Mile Run nearby, when he was spotted with wet trousers waiting for a bus by a police officer.

From the American Nazi Party’s headquarters in Ballston, Rockwell and his followers called for black people to be returned to Africa and for Jews to be gassed. Local historian Charlie Clark, who writes the “Our Man in Arlington” column for the Falls Church News-Press and wrote a magazine article about the history of Nazis in Arlington, said a lot of people found the group’s views troubling.

“For many people, it was pretty shocking,” Clark said. “It was only 15 years after World War II, when a lot of veterans who lived in Arlington who had fought the Nazis would have to put up with this group.”

Members marched in a local parade and picketed places as varied as the White House and an Arlington pizza restaurant owned by a Jewish family. Rockwell also ran for Governor of Virginia in 1965, but only received 1 percent of the vote.

Clark said that more than anything, Rockwell was a publicity seeker, who received press coverage for a while before most reporters of the time lost interest in his antics.

“His bark was much bigger than his bite,” Clark said. “The Nazis never really committed any violence, never assassinated anybody. They just liked shocking people.”

The Commonwealth’s Attorney at the time pushed for Patler, who Clark said changed his name from John Patsalos as a homage to Adolf Hitler, to receive the death penalty. But the jury gave him a 20-year prison sentence, and he was released on parole after eight years. Patler then violated his parole and received an additional six years in jail.

The American Nazi Party never quite recovered from Rockwell’s assassination, although remained in Arlington until the 1980s — based in what is now a coffee shop in Courthouse — before moving to Wisconsin. Since the dawn of the internet and social media, the group has appeared to gain more visibility again.

Clark said that the policy of not giving the group much publicity in the media in the 1960s seemed to work well, and that could be a lesson for today.

“I think there must be a way for the news media and average citizens to keep an eye on it, because it can explode or it can grow in a subterranean way,” he said. “But there is an argument for not putting it on the front page, not alarming people.”

As for the Dominion Hills Shopping Center, there is no obvious evidence of its gruesome past. Instead, the biggest recent concern was a rash of business closings at the shopping plaza.

However, today there was a reminder that Rockwell’s Nazi beliefs did not die with him. A group of at least five men and one woman arrived in the parking lot, set up a small swastika-adorned wreath and a Nazi flag, and gave the “Heil Hitler” salute in memory of Rockwell, according to a photo tweeted by NBC 4’s Mark Segraves.

A small group of Nazis just showed up in Arlington to honor George Lincoln Rockwell on 50th Anniv at site of his murder. pic.twitter.com/hib7oTdXkh

As of 1:45 p.m., the group was no longer at the shopping center and shoppers were going about their daily business. One passerby said she was surprised at the boldness of the Nazis demonstrating openly in a diverse community like Arlington

“It’s shocking,” she said. “You don’t expect to see it in this area. It’s normally so quiet.”

Late Friday afternoon the Washington Post reported that the Nazis were with a group called the New Order, the successor to the American Nazi Party. All but one were local to the Washington area.