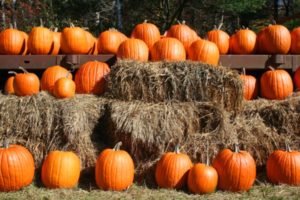 On Friday, October 27 from 4-10 p.m. and Saturday, October 28 from 10 a.m. to 5 p.m., more than 20 vendors will sell various crafts and gifts, while there will be live entertainment and activities including a pie eating contest, cornhole, a pumpkin toss, costumes contests for children and pets.

The event is part of a series of autumnal happenings in Rosslyn.

From 6-11 p.m. for the next three Fridays, beer, wine and sangria will be on offer, with food available from on-site food trucks. September 22 will be a family night, with activities beginning at 5 p.m.

The movie schedule is as follows:

On Tuesdays beginning September 19, Gateway Park will host Yoga in the Park, a yoga class for all experience levels from 6-7:30 p.m. The entire session of five classes costs $20 per person, and attendees should bring a yoga mat. 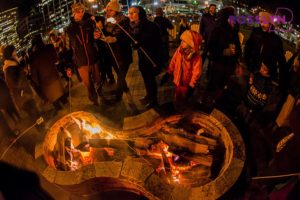 And on Thursday evenings from 6-8 p.m. starting September 21, Gateway Park will host Bonfire Concerts around its bonfire pit. Seasonal beers, ciders and wines will be available for purchase, with a different fashion truck on site each week as well as donuts from Mama’s Donut Bites and s’mores from Capital Candy Jar.

The following acts will perform:

Read more →
More Stories
Open Houses in Arlington This WeekendFlying Colors: More Than a Halloween Symbol, Bats are Important for the Ecosystem