Now that temperatures are finally dropping and we’ve left the pumpkin beers and Oktoberfests behind (almost) it’s time for Winter ales to begin appearing. Back on the shelves, we welcome the classic Winter ale from DC Brau: Stone of Arbroath. I snagged a can to review along with a couple of other perennial favorites from the local brewery.

If you want to fill up on some fresh On the Wings of Armageddon Imperial IPA, it will go on tap in the growler station at Dominion Wine & Beer for a special price ($19.99 down from $24.99) on 64 oz. growlers today, Friday, October 20th.

Founders Brandon Skall and Jeff Hancock, both DC residents, joined forces to bring the District its very own locally brewed craft beer. Bringing their years of experience in brewing — Jeff Hancock started with Franklin’s Restaurant and Brewery, moving to other breweries including Frederick, MD’s Flying Dog Brewery — they began to build a brewery that has become a household name and won awards, most recently The Washington Post‘s Best Brewery distinction on their “Best of DC” list.

Whether you’re looking at their flagship beers, their seasonals or their rarer fair– you’ll find a can of well crafted beer. 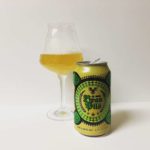 Brewed in honor of the District’s founding father of brewing, Christian Heurich, Brau Pils is a German-style lager. Simple and straightforward, this beer smells of water crackers with an earthy wild flower spiciness.

The clean lager yeast gets out of the way, leaving a sweet and malty brew that is just lightly bitter in the finish. This pilsner goes down super smoothly and is gone before you know it. It’s a good thing this is available year round. 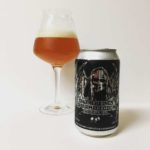 On the Wings of Armageddon (OTWOA) Imperial IPA (9.2% ABV)

Clever. This beer was made in honor of the Mayan calendar’s apparent claim that the world would end on December 21, 2012. Fortunately, it didn’t and we can still enjoy this single-hop imperial IPA. Made with the proprietary, brand-name hop Falconer’s Flight, OTWOA is bursting with big citrus aromas that are deepened and complicated by hint of caramelized sugar from the malt — like a candied grapefruit peel.

Despite the inhaled suggestion of hop forwardness, this beer is actually quite malt balanced. It’s sweet, part citrus part honey. Having Armageddon in the name suggests a Palate Wrecker-type beer, but this is really very drinkable and smooth. Just don’t over do it! 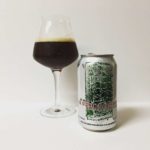 DC Brau’s Winter beer, Arbroath is a Scotch Ale. Perfect for colder temperatures, the Scotch Ale (like the Old Ale, barleywine or even Belgian Quad) is a sweet, strong beer that tends to have little to no bitterness.

This beer gave off a delightful aroma of dried stone fruit, hazelnuts and yeast rolls. Light and smooth in mouthfeel, Stone of Arbroath blended the dried fruit zip with a brown sugar sweetness to form a malt forward taste that finishes just a tad bitter. That change at the end keeps this big beer from overstaying its welcome with each sip. Despite the sweetness, you want to keep sipping. Since this just released for the season, stock up. We just might have a doozy of a winter.