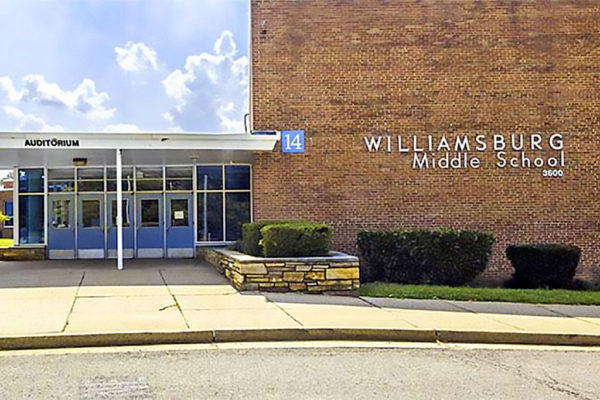 The following letter was written by Ryan Bloom, Chloe Fugle, Maria McGlone and Ethan Novak, student board members of Arlingtonians for a Clean Environment.

A little-noticed Arlington County government report that was issued during hurricane season should be read as a call for action on a local issue that concerns a growing number of public school students and other Arlingtonians: recycling efforts in our public schools.

The September report by the County Solid Waste Bureau (SWB) concluded that, while Arlington County as a whole has a recycling rate of 46.8 percent, the rate for Arlington Public Schools (APS) is estimated to be 15 percent. This is below the minimum recycling rate of 25 percent mandated by the Commonwealth of Virginia.

The 15 percent estimate for APS recycling is not surprising given our observations and those of the SWB in school cafeterias, hallways and classrooms. SWB reported that 70 percent of schools are not fully compliant with County recycling code; even almost two years after the code came into effect.

For example, schools’ recycling bins sometimes lack clear, explanatory signs and these bins are often not co-located with trash bins. The result is often confusion about what goes in what particular bin resulting in students and teachers tossing both recyclables and trash in the nearest container.

The SWB reports that few schools have a successful cafeteria recycling system, which is the likely result of a “… lack of clear administrative standards and policies concerning a recycling culture campus-wide.”

Our public schools should be a model for effective stewardship practices, rather than a source of embarrassment. Students develop lifelong habits based on what they see and are taught in their homes, schools and communities.

Moreover, taxpayers benefit from effective recycling practices since disposing of trash is typically more expensive than recycling. The County Board has resolved to achieve “zero waste” by 2038, which will only be achieved if our families and institutions, including APS, take action today and implement an effective recycling system fully compliant with County recycling code.