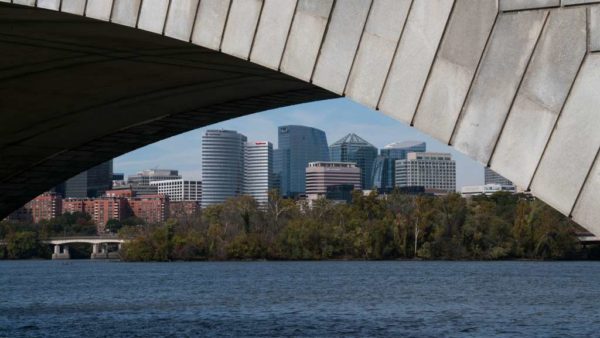 Marymount Student Killed By Jumper — Updated at 1:50 p.m. — A 22-year-old Marymount University graduate student was killed Saturday when a 12-year-old boy leapt from an overpass onto her car as she was driving down I-66 in Fairfax County. The boy was last reported to have survived but with life-threatening injuries. [NBC Washington, Twitter]

Food Hall Coming to Rosslyn — The restaurateurs behind Pamplona and Bar Bao in Clarendon are reportedly planning to open a new food hall in Rosslyn, above the new McDonald’s. The trendy food hall concept usually consists of “several different operators offering food from counters around a communal seating area.” [Washington Business Journal]

Drug Problem at Yorktown HS — “Bridget Loft, Yorktown’s new principal, took the doors off the bathrooms at school because students were using bathrooms to deal or use drugs. One of the most popular and easily disguised items of drug use, is the juul, a highly concentrated nicotine vaporizer… [which] can be refilled with marijuana, tobacco, or a substance of the student’s own invention. Youths often plug them into their school-issued laptops to charge them in class.” [Arlington Connection]

END_OF_DOCUMENT_TOKEN_TO_BE_REPLACED

More Stories
More Than 2,000 Without Power in ArlingtonArlington Readies for Halloween Trick-or-Treating