Two-and-a-half years after its founding, the owner of a company that works with expecting and new mothers on health and wellbeing is looking to expand.

Ballston-Virginia Square resident Chris Bhutta founded WellMom in 2014. It offers personal training and yoga sessions in clients’ homes, as well as training for small groups in a gym. Buhtta said it is key to build women’s core and back muscles, as those are the ones that can be the most damaged by giving birth. 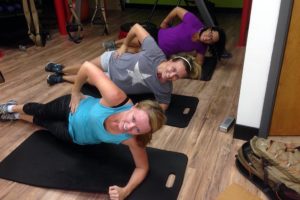 “Core strength is really important, particularly for women,” she said. “Their core is completely destroyed during pregnancy through labor and delivery. Your stomach is expanding, so your abdominal muscles are really weakened, your pelvic floor is really weakened from the weight of the uterus and also if you have a vaginal delivery there’s more trauma to your pelvic floor.”

“A lot of these women, they know exactly what they need to be doing, but it’s just hard with all the competing demands on their time to implement and to follow through,” she said. “For them, they wanted someone to make this as easy for them as possible.” 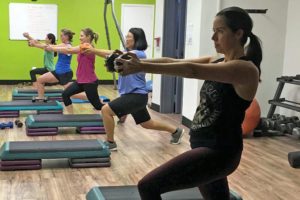 That distance coaching in nutrition is part of Bhutta’s plan to expand her services gradually, including having more of an online presence and maybe even moving towards having a brick-and-mortar store in the long-term.

Bhutta said WellMom has already come a long way from its early days, when she offered free yoga classes in parks and training classes for the various mothers’ groups in North Arlington, then added customers through word of mouth and referrals from existing clients. 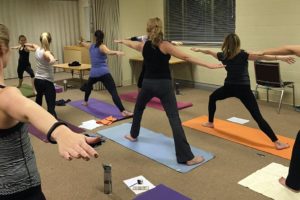 She said that after taking care of herself well during both pregnancies, and having qualified as a personal trainer after deciding against going into academia and teaching, she wanted to share the wisdom she picked up.

“I had a really positive pregnancy experience, labor and delivery and a good recovery,” Bhutta said. “I believe my lifestyle played a role in that, it’s obviously not the only thing, but it’s an important piece. So that experience made me want to share that with other women.”