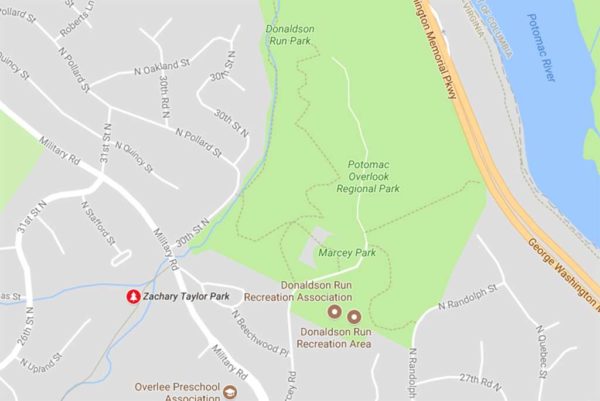 A broken sewer pipe caused a sewage leak into the Donaldson Run stream, affecting the water in two parks in Arlington County.

A spokesman for the county’s Department of Environmental Services said a resident reported discharge of sewage into the stream in Zachary Taylor Park (2900 Military Road) this morning.

On further inspection, the spokesman said, DES crews found that a sewage pipe had broken due to its age, damage from tree roots and the recent cold temperatures. Crews plan to repair it tomorrow (Tuesday), the spokesman added.

Those in the area should avoid contact with the water in the stream in Zachary Taylor Park downstream from N. Upshur Street, and also in the nearby Potomac Overlook Regional Park (2845 Marcey Road).

“The discharge that entered Donaldson Run will be diminished by natural flushing of the stream over time,” the spokesman said.

Both parks will remain open to the public.