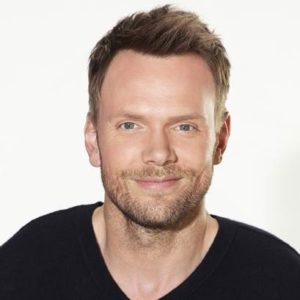 Joel McHale is coming to Arlington.

The actor and comedian, best known for hosting The Soup on E! and for his starring role on Community, is performing four stand-up comedy shows at the Arlington Cinema Drafthouse (2903 Columbia Pike) this coming Friday and Saturday.

McHale, who also recently starred on CBS’s The Great Indoors and Fox’s The X-Files reboot, spoke with ARLnow.com for our 26 Square Miles podcast on Wednesday. He talked about hosting the 2014 White House Correspondents’ Association Dinner, told us what we can expect at his upcoming stand-up shows, and gave a candid answer about why The Soup was cancelled and whether it is in line for a revival.