It’s the time of year for Imperial stouts to come out of hibernation. Cooler temps and falling leaves are signs that it’s time to set aside the lighter beers of Summer and Fall, and embrace the heavy and dark beers of Winter. Stouts are making a big showing — I’ve seen everything from oatmeal stouts to milkshake-style stouts this season. But the imperial stout stands apart from the rest thanks to its intoxicating blend of sweetness, roastiness and alcohol.

We actually have Russia to thank for our extra strong imperial stouts. In the 18th century, rich Russians loved imported English stouts. The long trip north and east was not ideal for the average stout. So, special stouts were developed for export using more hops and malt giving them a much higher alcohol content so they could stand up to the long journey. They were designated as “imperial” or “Russian imperial.” Today, we label nearly any beer that has a very high alcohol content “imperial.”

I have four classic American imperial stouts to share this week. 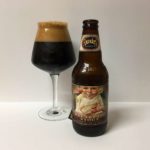 Subtitled “double chocolate coffee oatmeal stout,” Breakfast Stout has the potential to go wrong in a number of different ways. However, Founders delivers on its complicated promise with a beer that seems to contain all the flavors and textures listed. Distinct aromas of chocolate syrup, diner coffee and malted milk hint at the flavorful ale that is more dessert than breakfast.

The sip is smooth — thanks to the oatmeal — with a big coffee flavor up front, giving way to dark dried fruit on the way to a boozy finish. Before the alcohol bite overwhelms Breakfast Stout, the dark roasted malt kicks in with its subtle bitterness. It’s no wonder that this delicious beer has won awards — Silver at the 2014 Shanghai International Beer Festival and Bronze at the 2006 World Beer Cup — but what’s more surprising is that there aren’t more. Available each year from October to January, this is the time to stock up on this classic American imperial stout. 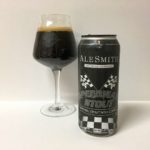 This Great American Beer Festival (GABF) silver award-winning stout is formidable. It’s certainly the strongest of the imperial stouts that I sampled for this column. Speedway is brewed with coffee from San Diego’s Ryan Bros. Coffee, but I’ll be honest I didn’t get much coffee like the beer above. Instead, I found deeper and richer aromas and flavors. I smelled licorice, black strap molasses and alcohol. The sip was boozy and sweet with a strong showing from spicy sassafras and pitch black licorice candy. This sipper is great for dessert — a special modern classic imperial stout. 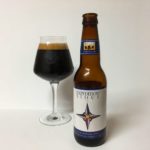 Bell’s describes Expedition as “one of the oldest Russian Imperial Stouts in the United States.” There aren’t many imperial stouts that still rock the Russian descriptor. This feels like a throw back beer between the retro feeling name and the traditional flavor.

Pouring an opaque black with a dark tan head, Expedition gave off aromas of molasses, gingerbread and char. The sip started sweet with prunes and caramel then finished pleasantly bitter thanks to the roasted malt. This is a solid and simple strong stout that forgoes trendy flavors in favor of more traditional ones. It’s venerable and delicious. Oh, and it’s a GABF silver medal winner. 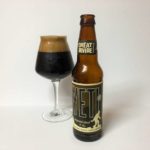 By the time this article publishes, Great Divide will be wrapping up it’s National Yeti Awareness Week — a week long celebration of all things Yeti. There’s certainly a lot to celebrate. For starters, Great Divide won medals at GABF in 2005, 2008 and 2009 for Yeti and ranked 36th on Beer Advocate‘s 2010 “Top Beers on Earth” list.

What makes this dark, strange imperial stout truly special is the addition of a healthy dose of hops that form a synergy with the dark malts. Inhale and you might be surprised to find herbs mingling with the typical aromas of cocoa and espresso. Even more eye-opening is the interplay between roasted malt and herbal and floral hops in the sip. More bitter than sweet, Yeti stands apart from the other stouts here and elsewhere by being as much imperial black IPA (or Cascadian dark ale) as stout.

Whether you are enjoying the standard Yeti, as I did here, or one of it’s clan mates — I heartily recommend the Chai Yeti if you can find it — you’re in for a treat that just isn’t found easily in the wild. Not unlike its mythological namesake.

What’s your go-to imperial stout? Not mentioned here, but a favorite of mine nonetheless is Sierra Nevada’s Narwhal Imperial Stout.

Don’t forget to join Dominion Wine & Beer at 5:00 pm for our weekly beer tasting featuring the tapping of Omnipollo Nebuchadnezzar! We will also be sampling beers from Voodoo Brewery, Deschutes Brewery and Alesatian Brewing Co.