The Oxford Companion to Beer defines Christmas ales as beers that are typically on the strong side and often contain dark malts, spice, herbs and fruits. Check. This week I have some holiday beers that go perfectly with dark evenings and chilly air.

American craft brewers may have resurrected the holiday ale by adding spices when Fritz Maytag’s Anchor Brewing Company made its Christmas Ale in 1975, but the earliest Western example is positively Medieval. One recipe that remains is for a brew called “lambswool.” According to The Oxford Companion to Beer, lambswool was made with roasted apples, nutmeg, ginger and honey.

Spicing beer continued on in England with the tradition of the “wassail,” a mulled wine, beer or cider. For the most part today’s holiday ales are relatively tame, but a welcome change from the squashy pumpkin ales and ubiquitous Oktoberfests.

Below are four holiday ales that will warm your belly. And for those who aren’t looking for spiced brown ales, I’ve got a tasty IPA here too. 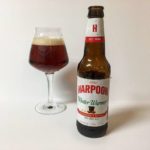 When I discovered this lightly spiced beer in 1995, Winter Warmer was already nearly 10 years old. Now approaching 30 years old, this brown ale made with cinnamon and nutmeg is a bit tamer than it seemed back then. There’s more competition and there are more extreme beers, but the consistency of this light holiday ale still pleases. What says the winter holidays better than aromas of cinnamon, raisins and graham crackers? And there’s the comforting malt forward flavor that finishes with a light but bright spice. This is the most sessionable of the beers covered here. 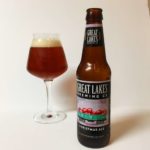 Brewed with honey from the region, cinnamon and ginger, this beer jollily evokes cinnamon graham crackers. But it’s flavor is so much more than a children’s snack — between the peppery ginger and the herbal hops, the sip is balanced between malt and slightly bittering ingredients. It’s good that Christmas Ale only comes once a year, because its delicious flavor and light body might make moderation difficult. Don’t wait until Christmas to open this tasty brew. 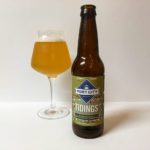 Though not as common as the good old brown ale, Belgian styles can also be used for a good holiday ale. Two local breweries have taken that approach — Port City Brewing Company in Alexandria and Jailbreak Brewing Company in Laurel, Md.

First up is the spiced Belgian blonde from Port City: Tidings Ale. I’ve had Tidings before and each time I’m surprised to find it so delightful. Between the simple, but charming label design with a string of multi-colored Christmas lights and the satisfying and complex flavor, Tidings pretty well succeeds at getting me in the holiday mood.

This is a Belgian style ale so we can assume that there will be copious amounts of banana and clove in the aroma and the sip. But I also find tart citrus and vanilla right before taking my first sip. Starting out sweet with a light tartness, the sip is sparkly with fine bubbles that work with peppery finish to keep the sweetness from overpowering. This beer drinks more like a treat than one that you’d put away a couple at a time. Savor it. 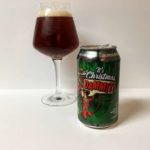 While the award winner that spawned this dark, sweet beer is a traditional take on the style, Christmas Dammit adds spices to transform it into a Belgian holiday ale. Sure enough, I smelled dark stone fruit and cinnamon rolls. Definitely a dessert sipper, Christmas, Dammit reminded me of sticky toffee pudding — a date and caramel rich dessert from England. The toasted flavor of caramel and the fruity sweetness of maraschino cherries come out as Dammit warms. This collaboration probably won’t be around for long and can only be found in limited places — Downtown Crown Wine and Beer being one of them — so it’s worth getting out to find some before it’s gone.

If these spiced ales are just not your mug of beer, you can always enjoy this winter IPA. 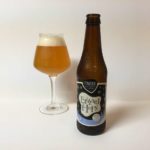 Though not a fresh-hopped IPA, Blizzard is brewed to celebrate the late Fall hop harvest. This beer is completely different from the warming beers above. It’s bright and hoppy with pine and floral flavors. Brewed with a handful of different American hops, Blizzard is flavorful and crisp. It’s a great counter-balance to the heavier beers and food that abound this time of year. And, you can’t help smiling at the reference — intentional or not — to Ozzy Osbourne’s Blizzard of Oz. I totally listened to “Crazy Train” while writing part of this article.