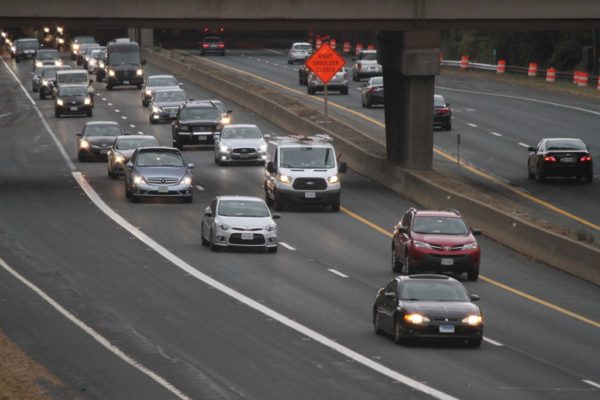 After more than a year of work, the switchover from HOV to HOT lanes on I-66 is upon us, and Virginia State Police are asking commuters to be prepared for changes to their routines.

Starting with Monday’s morning commute, the inbound lanes of I-66 inside the Beltway will be free for carpoolers with at least two people in the car — and, now, an E-ZPass Flex device set to HOV. All other drivers will be able to take I-66 towards D.C. in the morning, as long as they’re willing to pay a toll that will vary with demand (as announced by electronic signs).

The High Occupancy Toll restrictions and charges will apply only to the peak demand direction during rush hour — 5:30-9:30 a.m. in the morning and 3-7 p.m. in the evening. During the evening commute, lone drivers heading outbound (westbound) on I-66 will be charged, even if they’re heading to Dulles airport.

Another change: drivers of hybrid vehicles who were previously able to use I-66 during HOV-only times will now have to pay.

In a press release, below, Virginia State Police said Sunday night that drivers should get ready for changes to the morning commute and a stepped-up police presence along I-66.

With the opening of the new 66 Express Lanes, Virginia State Police are encouraging all drivers to plan in advance if needing to travel I-66, especially during the Monday morning commute on Dec. 4, 2017. State police will have additional troopers on I-66 to help ease the flow of traffic, especially as motorists become accustomed to the new Express Lane changes.

“If you will be traveling I-66 on Monday morning and/or afternoon, then please plan ahead and before your trip research your options with the new Express Lanes,” said 1st Sgt. Steve Mittendorff, Virginia State Police Area 45 Office Commander. “Your morning and afternoon drives on I-66 inside the Beltway are going to look much different from what you are used to, so take advantage of the maps and detailed information provided at http://www.66expresslanes.org. Familiarize yourself with where the traffic lanes change to decide if you want or can use the Express Lanes on I-66 inside the Beltway during the designated hours.”

Plan Ahead. Recognizing and being prepared in advance of the change in traffic patterns at the Express Lanes entrance will help keep traffic moving safely and smoothly along I-66 during the morning and afternoon rush hours.