Lickinghole Creek Craft Brewery (LCCB) — “Virginia’s Farm Brewery” — opened its doors in September 2013 northwest of Richmond in Goochland, VA; and has continued growing its capabilities and offerings ever since. I first became aware of LCCB in 2013 when they grew a large Instagram following with nothing but photos of their first plantings and the construction of their brewery building. It was clear then that this was a unique brewery.

The brewery and its farm is “water-conscious and biologically friendly,” they use well water and they reintroduce purified waste water back into the Lickinghole Creek watershed. A main aspect of their mission is to begin with their farm for the ingredients they need, then outsource for those that they cannot get. In fact, its Estate Series was created to use as many LCCB-grown ingredients as possible. While their other beers may not be made from ingredients grown on their own farm, they are often sourced from local farms or providers.

Their conscience doesn’t stop at their borders either. In fact, philanthropy has its own page on LCCB’s website. According to the page, 2017 saw donations of $5,000 to benefit the Goochland Free Clinic and Family Services’ Domestic Violence Prevention and Housing Program. They go on to list the even longer list of beneficiaries from 2016 and 2015. It’s a core value for LCCB. Now, they are canning flagship beers that are each linked to a cause that is near and dear to LCCB’s heart. With these new year-round cans, craft beer drinkers can do good and drink good all year long. 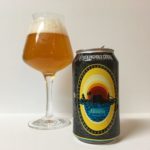 Named for the Maidens Landing James River watershed, the area that Lickinghole Creek feeds into. In fact, portions of the proceeds of this beer go to funding the clean up of the James River. Blonde ales always seem like the light lagers of the ale world. Do you know what I mean? They’re usually simple and malty. Refreshing, but never terribly exciting. LCCB’s new flagship blonde is like the style’s cooler cousin. Pear and green apple team up with frosted flakes in the aroma. This ale is clean and crisp — malt balanced by floral hops. Maidens is a pleasant beer fit for just about any beer drinker. 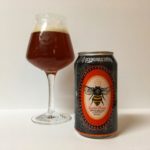 An ode to the main pollinator of our food crops, bees, Scarlet Honey uses honey from the Lickinghole Creek Estate. This beer is helping to protect Virginia’s bees. The key word here is “hoppy.” Very pleasantly, Scarlet Honey smells of Christmas trees and wheat bread. That doesn’t sound that great, but for a red ale — typically malty — this is tasty. The piney hops overpower the malt, resulting in an ale that’s essentially a red IPA. I could see stocking up on this sessionable ale throughout the Winter to off set the strong, seasonal beers. 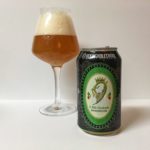 Good water is scarce in many places in the world. One of those places is Jamaica. One of the newest beers from LCCB, 9 Mile is named for a village in Jamaica that benefits from the proceeds of this beer. The idea of good water is so dear to this brewery that they have named their new brew pub Goodwater Brew Pub on Franklin Street in Richmond. This is a delicious IPA. Tropical fruit reigns in this crisp and refreshing beer. That, and a bitter finish, bring West Coast IPAs to mind. I’m so used to breweries trying to find a way to make their own version of the smooth, fruity New England IPA that this is a welcomed experience. I hope this is around all year long, because I’d enjoy this in the Spring, Summer and Fall!

Guess what? This week’s beer tasting features these new cans. Join Dominion Wine and Beer Friday, December 15 from 5-8 p.m. for our weekly beer tasting featuring Lickinghole Creek Craft Brewery. A rep will be on hand to talk all about this exciting brewery.