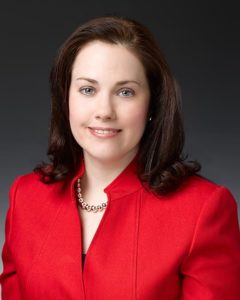 With 2018 on the horizon, much of the political discussion is focused on the Congressional midterm elections. But the New Year brings another contest much closer to home: the 2018 Arlington County Board race featuring a Democratic challenger to incumbent John Vihstadt.

Assuming that more than one Democrat throws his or her hat into the ring (and three are already rumored), the voting members of the Arlington County Democratic Committee will select the method for nominating the Democratic candidate: a primary or a caucus. I plan to vote for a primary.

A primary has several key advantages over a caucus. Because a primary is run by the government, the full election apparatus of Arlington County applies to a County Board primary.

On Primary Day, all 54 polling locations in Arlington are open to voters for 13 hours. Absentee voting also is available to eligible voters, who can include military personnel stationed overseas, business travelers, the infirm, and their caregivers.

This well-run election apparatus greatly facilitates voter participation in a County Board primary. Even with the usual absolute best efforts, a caucus run by the local Democratic Party – with its limited voting hours, handful of locations, and lack of absentee voting – pales in comparison.

Equally important, voters also are more likely to know about a primary than a caucus, especially if the primary also features a contest for either Congressional midterm. This scenario is not far-fetched in 2018: members of Our Revolution (the offshoot of Bernie Sanders’ presidential campaign) and other progressive groups are apparently recruiting challengers to U.S. Sen. Tim Kaine  (D) and Rep. Don Beyer (D).

Such a challenge (if brought to fruition) likely would be well-publicized, drawing more voters to the polls than would be expected from a County Board race alone.

To be sure, this greater number of voters creates practical problems for potential Democratic candidates for the County Board. A far greater level of effort – and fundraising – is required to campaign on a truly county-wide basis (as necessitated by a primary) than to campaign among the much smaller subset of voters who frequent Democratic caucuses.

This challenge is particularly acute for candidates historically underrepresented in politics and government, who may start with fewer resources than candidates drawn from more established circles. For example, younger candidates seeking to bring greater millennial representation to the County Board may face difficulties raising significant funds from their personal networks.

Less established in their careers, they also may struggle to make the time necessary for a county-wide campaign. Yet, despite this challenge, the Arlington Young Democrats have been some of the most outspoken advocates for the use of primaries versus caucuses to select Democratic candidates.

Far from youthful hubris, this position reflects a canny understanding of this singular political moment. As a candidate, President Donald Trump understood the moment as well. It comes down to this: Americans are tired of feeling like the system is rigged against them.

Rightly or wrongly, a Democratic caucus — with its smaller scale, limited publicity appeal, and resulting diminished voting pool — is seen by many as rigged in favor of the Democratic establishment. Even the most worthy and consensus candidate who emerges victorious from a Democratic caucus is destined to bear that taint in the current political environment.

Given the choice between such a candidate and a battle-weary (and battle-tested) Democratic primary victor, I choose the latter. Neither option is perfect — and there are some advantages to caucuses — but it is far easier in this moment to overcome candidate and donor fatigue than to motivate a disaffected electorate.

Democrats need more than anti-Trump backlash to earn a victory, particularly for a local race focused more on housing affordability than the latest tweet storm.

A candidate who wins a primary featuring a broader set of voters than a caucus by offering positive ideas for tackling housing and other issues stands the best chance of attracting general election voters in this moment. That candidate also stands the best chance of inspiring the progressive activists who proved so effective in the 2017 general election for Governor. I will take those odds any day.

Jill Caiazzo is an Arlington resident and recently completed successful service as Co-Chair of the 2017 Arlington Joint Democratic Campaign. She is a candidate for Arlington County Democratic Committee Chair in an election to be held in January 2018.