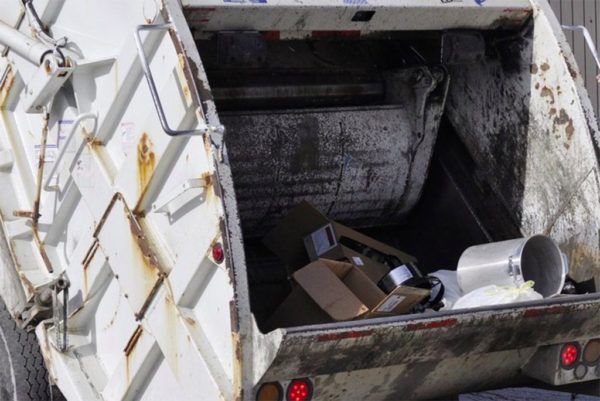 Trash pick-up is suspended for the rest of today (Wednesday) due to road conditions from the overnight snow, with all collections pushed back by one day.

In a tweet this morning after about an inch of snow fell on Arlington County last night, staff from the county’s Department of Environmental Services said roads were particularly difficult in hilly sections.

A DES spokesman noted in an email that “Wednesday routes tend to be in the hilly part of north Arlington.”

Instead, all collection routes will take place a day later than planned. Those who would normally have trash collected today will have it collected tomorrow (Thursday); Thursday collections will be handled on Friday (January 19); and Friday’s will be done on Saturday (January 20).

Residential trash pickup is suspended for the rest of today due to certain road conditions, particularly on hills. Collections will shift by one day, with remaining regular Wednesday routes handled Thursday, Thursday routes on Friday and Friday routes handled Saturday. #ArlWX pic.twitter.com/UPUyOnuaLE

That decision followed what could have been a weather-related crash by a garbage truck this morning. According to scanner traffic, the truck hit a utility pole on the 4600 block of 27th Street N., near Marymount University and brought down some power lines. There were no injuries.

Photo via Department of Environmental Services