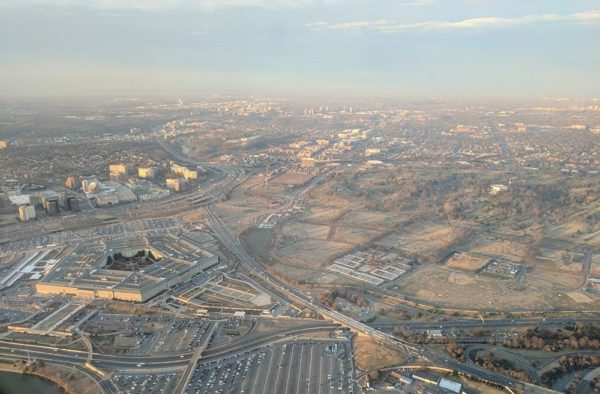 Porter Drama Centers Around Arlington — The resignation of White House aide Rob Porter, which has been a national headline this week, has a number of Arlington connections. Porter reportedly has an apartment here, which he shared with a girlfriend before starting to date White House Communications Director Hope Hicks, and the protective order Porter’s second wife filed against him was to keep him away from her Arlington residence. [Daily Mail, New York Times]

Arlington Kid’s Star Continues to Rise — Nine-year-old Iain Armitage stars as the title character in the CBS comedy Young Sheldon and also was featured HBO’s Golden Globe-winning Big Little Lies. That’s in addition to film roles Armitage, an Arlington native whose family owns a house in Ashton Heights, is getting as he continues to build his Hollywood career. Just 3.5 years ago, Armitage was best known for his viral reviews of Signature Theatre shows. [Toronto Star]

Flyover This Morning — There will be a military flyover around 11:30 this morning for a funeral at Arlington National Cemetery. [Twitter]

Local Lawmakers’ Bills Defeated in Richmond — A number of bills introduced by Democratic lawmakers that represent parts of Arlington have, predictably, failed to gain traction in the GOP-controlled state legislature. Among the current batch of bills being defeated in committee: a bill to force the release of presidential candidate tax returns (Sen. Janet Howell), create an state-level Office of Immigrant Assistance (Sen. Adam Ebbin) and expand the list of IDs accepted for voting (Del. Rip Sullivan).