This is a sponsored column by attorneys John Berry and Kimberly Berry of Berry & Berry, PLLC, an employment and labor law firm located in Northern Virginia that specializes in federal employee, security clearance, retirement and private sector employee matters.

Not too long ago, maybe 5 years or so, there were clearly two groups of individuals that would apply for security clearances.

There would be a group of individuals at the highest levels of our government that would be allowed to obtain security clearances despite having very significant security concerns, and then there was everyone else (federal employees and government contractors) that had to go through a often lengthy clearance appeals process to obtain a security clearance with nearly the same issues, sometimes going months without pay while they wait. 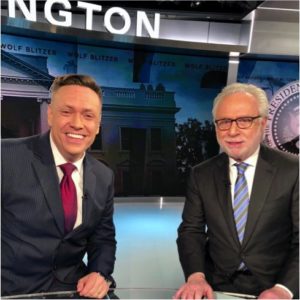 This disparity, in this author’s opinion, is starting to fade. In my interview last Thursday with Wolf Blitzer on Inside Politics about the emerging Rob Porter crisis, I spoke about the disparity that exists between highly placed employees (e.g. White House) and most of the rest of employees and contractors that attempt to obtain security clearances.

It occurred to me as I was speaking that we, as a society, may have reached critical mass on this issue. Perhaps it was inevitable due to increased use of social media (Facebook, Twitter, etc.) or just the society we live in today, but change is definitely on the horizon.

It was not too long ago that I would represent security clearance clients at both sides of the spectrum with nearly identical security concerns (e.g. prior drug use, assault allegations or financial issues), where they were treated differently.

Too often, the higher-level employees I represented (usually appointees) would be treated more preferentially than other federal employees or contractors. I always felt that, in that sense, the clearance process was unfair. It certainly doesn’t follow the principles in Executive Order 12968.

In any event, with the recent scrutiny involving the White House security clearance process for Robert Porter and Chief of Staff John Kelly, along with other recent issues and trends, I think that the tide has started to turn.

I believe that we are moving towards a future where employees seeking to obtain a security clearance, at all levels, will start to be treated more similarly. I think that the fear of not doing so, and then being called on it later in social media, may help enforce this; that is a good thing.

I enjoy representing all types of employees and appointees in security clearance matters, but feel that the process should be fairly applied across the board.

Our law firm represents and advises employees on security clearance matters nationwide. If you need legal assistance, please contact our office at (703) 668-0070 or at www.berrylegal.com to schedule a consultation. Please also visit and like us on Facebook at www.facebook.com/BerryBerryPllc.