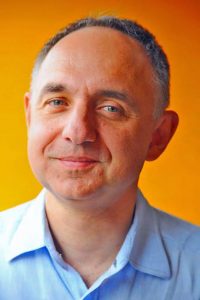 Four major corridors cut across Arlington — Columbia Pike, Crystal City-Route 1, the Rosslyn-Ballston (R-B) corridor and Lee Highway. “Corridor development” has been at the core of Arlington County’s growth strategy. Our “Main Streets” have merited dedicated policy focus and resources, starting with the development of Metro in the 1970s along the R-B corridor and Crystal City.

But it’s time to look anew at whether these corridors are all meeting their potential and all getting the resources they need. Corridors don’t occur “organically.” They emerge as products of community vision, policy, planning and timely public and private investment decisions.

Attention has been lavished on the corridors close to Metro, and understandably so, since Metro drove their commercial development. But it is time for Columbia Pike and Lee Highway to get the same kind of purposeful attention and long-term investment from the County.

Given the rising challenges in our local and regional economy, it is time to give our corridors a more urgent priority.

Twenty years ago, the Arlington County Board launched the Columbia Pike Initiative, a plan to revitalize Arlington’s most populous non-Metro corridor. A key aspect of that decision was the recognition that:

At this year’s 20th anniversary of the Columbia Pike Initiative, we can list accomplishments, such as jumpstarting development after a three-decades-long doldrums and upgrading transit, both of which bring us closer but still not near to our development goals.

Lee Highway has been languishing and despite citizen volunteer work through the Lee Highway Alliance for more than five years, the County-staff-led planning process has been rather slow in delivery.

In the upcoming County budget, let’s show renewed focus and commitment to our corridors.

Let us re-invest fully in our urban partnerships (CPRO, the Clarendon Alliance and the Lee Highway Alliance) in ways that give them actual agency and leverage to act as true partners in advancing already stated stakeholder and community goals.

These organizations are the glue that holds business, neighborhoods, residents and local government together. They have a proven record of steering and aligning, with beneficial and tangible results for public and private interests in their respective areas.

Let our priorities be reflected in shorter and more credible timelines for project completion and policy implementation, from licensing a daycare center to approving a major housing project. Innovative, progressive ideas, such as revising our zoning to allow for more “missing middle” housing, should be adopted and implemented effectively.

Let’s recalibrate our policies to ensure that our urban corridors remain within reach for the middle class and that small business continues to be viable here. We should do everything we can to avoid displacing small businesses and Arlingtonians of moderate and lower income.

Let’s make sure that Arlington Economic Development has the necessary resources to cover the specific development needs of all corridors. This also applies to all directly involved County departments (Planning and Housing, Transportation, Public Works, etc.).

The County’s FY 2019 budget should thus answer the question: how does it support our most productive urban assets and long-term economic resilience and growth on our Main Streets?

A renewed focus on our corridors is also a matter of civic and political initiative and leadership. Civic activists have been working hard over decades to get attention for Corridor development.

After all, we walk, drive and bicycle these streets every day. We shop here, meet people for coffee here, and turn from these streets to enter our neighborhoods. In other words, we have a daily, firsthand experience of what is there and what is still missing on our Main Streets.

Civic activism though is not enough to effect change. The County Board, its budget and its time need to show how these corridors (all of them!) can support long-term economic resilience and growth…and a better quality of life for all Arlingtonians.

Takis Karantonis is an economist who has lived in Arlington for 12 years. He served earlier as the Executive Director of the Columbia Pike Revitalization Organization (CPRO), as well as on several advisory commissions, non-profit boards and on the Board of his Columbia Heights Civic Association.