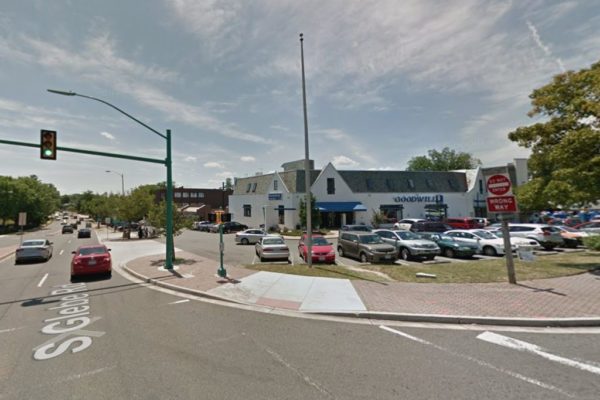 Arlington County Police are trying to find a man who used his cell phone to film a woman in a dressing room.

The incident happened Wednesday evening on the unit block of S. Glebe Road, the same block as the Goodwill retail store.  Police say a woman was in a dressing room when she saw a man reach under the wall with his phone. The suspect then fled the scene.

PEEPING, 2018-02280206, Unit block of S. Glebe Road. At approximately 5:25 p.m. on February 28, police were dispatched to the report of a subject recording a female victim in a dressing room. Upon arrival, it was determined that at approximately 5:00 p.m., while the victim was inside of a fitting room, an unknown male suspect reached under the wall and began recording her with a cell phone. The victim shouted for help and the suspect left the fitting room. The suspect fled the scene prior to police arrival. The suspect is described as a light skinned Hispanic male, approximately 40 years old, with a heavy build, a short neck, short curly, black hair, wearing a gray and red striped shirt, a dark jacket, gray or khaki pants, carrying a dark backpack.