Bo Davis, CEO and co-founder of MarginEdge, has been in the restaurant business since 2005, when he opened a sushi conveyor belt restaurant called Wasabi in the Tysons Corner mall.

But Davis is also familiar with the technology sector, as he started a software company called Prometheus that was later sold in 2002. In his experience running a restaurant, Davis had to deal with tons of paperwork involving lots of purchasing information. He also struggled with getting all the purchasing information into his account system while keeping all inventory and recipes up to date. 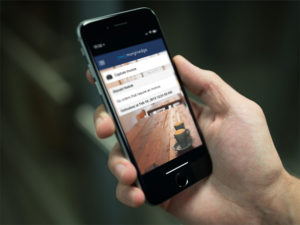 “It’s just a bit of a nightmare, honestly. That inspired it,” Davis said.

Then MarginEdge, a software application designed to help restaurants with their back office accounting processes, was launched by Davis and a group of co-founders in 2015.

The web-based platform comes with a phone app that allows restaurant employees to take a pictures of invoices and receipts. From there a team in India does the data processing from the invoices and within 24 hours all item-level detail is in MarginEdge’s system.

The software also ties into a restaurant’s point of sales, allowing MarginEdge to pull from the restaurant’s sales data by gathering the cost of things bought and sold. Then MarginEdge can compile reports on food costs, spending and other points of interest, Davis said.

For the first couple years of MarginEdge, Davis said the Arlington-based startup only had 20 restaurants for customers that were friends of the co-founders. It’s only within the past year that the company began taking on more customers and now has 200 clients, growing 400 percent in the process.

Most of the clients are local restaurants including District Taco, Buffalo Wing Factory and Glory Days Grill.

“We’re pretty conservative people so we spent two years making sure it was robust, it was strong enough,” Davis said. “And so it was more of a question taking our time to make sure we got it right, and then once we felt like it was really working then we were ready to take it out.” 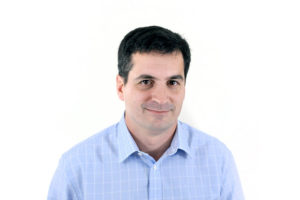 On MarginEdge’s website, Greg Casten owner of Ivy City Smokehouse, Tony & Joe’s and Nick’s River Place, said the software has “so dramatically improved the way we process invoices and monitor critical costs that we credit it for producing the most profits we’ve ever achieved period after period.”

Restaurants have told Davis that they’ve saved 10-20 hours a week in data entry since using the product.

“I’m most proud of the fact that restaurateurs are enjoying what they get out of it and it’s making their lives easier,” Davis said.

Some clients have also decided to invest into MarginEdge. The company announced last month that it had raised $3 million to take its service national.

“It’s exciting to think that customers that we didn’t know liked it so much they invested in the company,” Davis said.