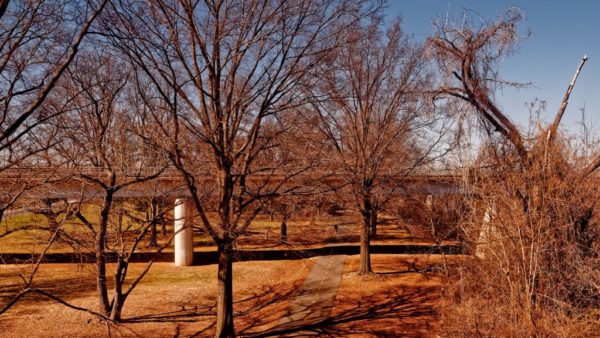 DHS Official Charged With Beating Wife in Arlington — A “senior career official with the Department of Homeland Security who… handles a ‘high volume’ of classified information in his role as an intelligence briefer,” served jail time after a 2016 incident in Arlington in which he was charged with assaulting his wife, breaking two ribs and causing bruising around her neck. [Washington Post]

More on Wakefield’s Championship Run — But for a great defensive play by Varina, the Wakefield High School boys basketball team might have emerged victorious from yesterday’s state championship game in Richmond. [Washington Post]

Arlington to Co-Star in Travel Video — Arlington County has received grant funding that will help pay for its share of a new Virginia tourism video that will also feature Charlottesville and Albemarle County, Loudoun County, Richmond and Staunton. [Arlington County]

Long Branch Creek Profiled — “A mostly residential section of south Arlington, Long Branch Creek is a diverse community where almost 75 percent of residents are renters. In addition, there are condominium buildings, townhouses, duplexes and one single-family home.” [Washington Post]

Kanninen Gets Democratic School Board Nod — “An Arlington County Democratic Committee School Board caucus? Fuggedaboutit. Incumbent School Board Chairman Barbara Kanninen was the lone candidate to file to run in the caucus, which had been slated for several days in May. With no opposition bubbling up, the caucus was nixed.” [InsideNova]