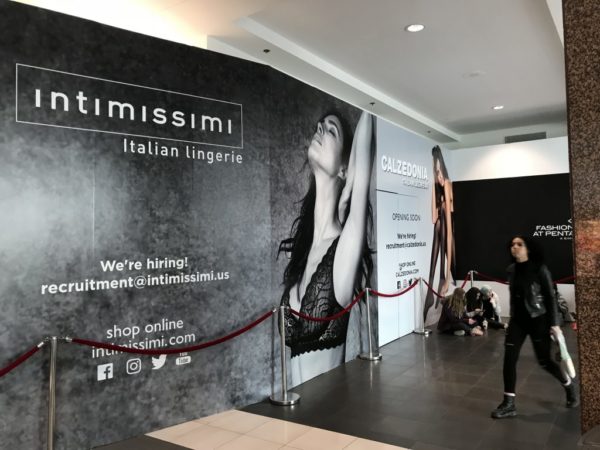 Where once there were gadgets, there will now be bras.

Italian lingerie brand Intimissimi is opening a new store at the Pentagon City mall, in the former Brookstone space.

Intimissimi, which boasts nearly four times as many stores worldwide as top U.S. lingerie brand Victoria’s Secret, announced plans to expand to the U.S. in 2015. Since then it has opened more than a dozen U.S. stores, from New York to Los Angeles and points in between, while positioning itself as “a more refined alternative to Victoria’s Secret.”

Intimissimi is hiring for its new Fashion Centre at Pentagon City location, which is being paired with a store for parent brand Calzedonia, which offers “Italian legwear and beachwear.”