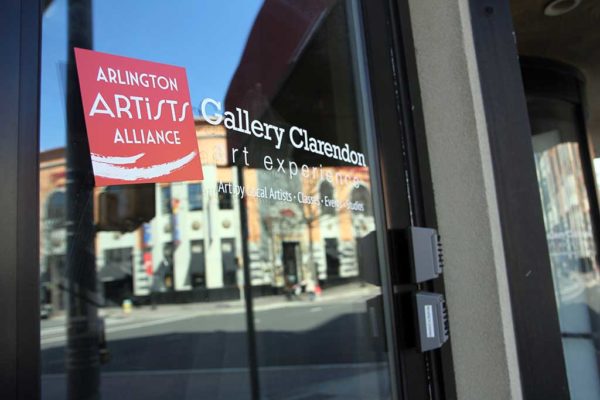 The Clarendon Art Gallery opening has been delayed to early May.

Signs went up for Gallery Clarendon on March 9, and the nonprofit gallery intended to open this Sunday (April 1). However, it has not yet received its occupancy permit from the county.

Jane Coonce, Gallery Clarendon’s executive director, told ARLnow that she had applied before the signs had gone up for the occupancy permit. She expressed disappointment that it hadn’t come through yet, but was understanding.

Noting that the time of her permit application coincided with spring break, Coonce added that she’s “sure any employees who had kids probably had to stay home with the kids, so that might have put the county behind.”

Until a permanent commercial tenant is found, the gallery, built and developed by volunteers, will call the former Fuego Cocina y Taquileria space home, rent-free other than utilities costs.

The cavernous first floor space will host the gallery, while the second floor will accommodate artist studios and art classes for both children and adults.

Though Coonce said that equipment cannot be installed until the gallery has received its occupancy permit, the build out will be finished by the end of the day on Friday, and volunteers will have the space cleaned up by Saturday.