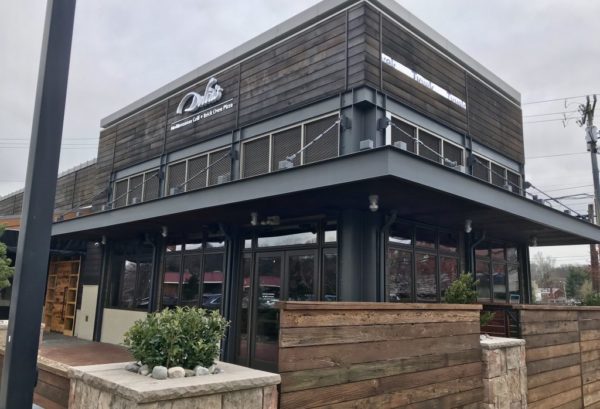 The pizzeria, which also features Mediterranean dishes other than pizza, replaces Tazza Kitchen, which closed in November 2016. It first opened this past Wednesday, we’re told.

Delia’s has several Northern Virginia locations, including in Alexandria and Springfield. The Delia’s website does not yet list the Arlington Ridge location.

However, the menu for other locations includes smaller, appetizer-sized options like halloumi crostini, Greek avgolemono soup, and “pizza knuckles.” Entrees include grilled lamb chops and swordfish, in addition to the signature pizzas.