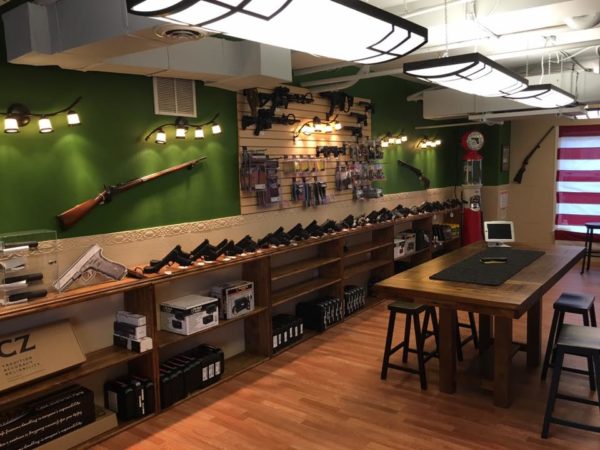 (Updated at 11:10 a.m.) A gun store in Lyon Park is quietly doing steady business despite a roiling national debate over gun control policies.

Sales at NOVA Armory have not been affected by local and national protests for gun control in the past month, according to owner owner Shaun Poulin.

“It’s a small growth every couple months, but I don’t think we can correlate it to an event,” Poulin said.

Poulin said that the store hasn’t followed typical gun sale trends because, he believes, his focus is on community, not profit. The store has become a place for people of all backgrounds, including law enforcement officers and military personnel, to hang out.

“We’re not here to get rich off this. We’re here because we like it doing a service for people,” he said.

According to CNN there was a national uptick in background checks, which correlated to increased gun sales, during the Obama administration, but gun sales and corresponding background checks fell nationwide in 2017.

NOVA Armory’s sales, according to its owner, have held steady and haven’t followed national trends since it opened in 2016. That includes upticks in sales seen nationwide after mass shootings during Obama’s presidency.

The store sells the AR-15, the same gun used in the Parkland, Fla. school shooting that recently reignited the gun control debate.

Poulin noted that NOVA Armory has reserved the right to refuse service on any reason the store sees fit. There have been no threats made against the store since the February shooting in Parkland, Fla., he added.

The store, however, faced major community backlash prior to and shortly after opening two years ago. NOVA Armory, at that time under different management, threatened to sue 64 individuals who spoke out against the store’s opening. Also in 2016, the store suffered a burglary and an incident in which “a man with mental health issues walked [in] and started yelling obscenities.”