“A robust end-to-end technology platform for financial planning and investments” is being built in Crystal City.

The app, 1787fp, is mobile software that lets the everyday investor manage their finances and work toward financial independence. 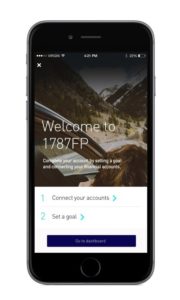 The app contains three components. The first is a free financial planning and budgeting tool. The second, a premium feature, helps users manage and create a financial portfolio. The third is a free service for users to check their credit score.

The premium investment feature will cost users less than what they would pay at a big brokerage firm such as Wells Fargo or Goldman Sachs, but will be more expensive than the lowest cost providers in the financial advisory space.

“We really want to position ourselves as a premium player in helping people plan and work toward financial independence,” said 1787fp founder and CEO Jean Jacques Borno.

Borno said that he hopes his customers are able to build up enough wealth through the app that they only work because they want to, not because they have to.

After collecting research on the average user of financial planning services, Borno found that people were going to seven to eight different websites for their financial planning needs. He hopes 1787fp will become an app that streamlines all those services.

The idea for 1787fp grew out of Borno’s 15 years of working as a financial adviser at Morgan Stanley and Merrill Lynch. At each of the firms, Borno normally worked with clients with at least $1 million in assets. But on the weekends, he began working with clients that were coming out of law school or were engineers — people who had a steady income but definitely not $1 million in assets. Over time he was able to help them build their portfolios.

“I really thought the large companies were really missing a boat,” he said. 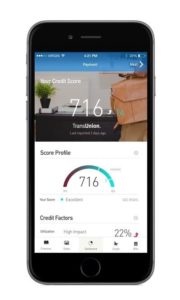 With 1787fp, users will be able diversify their portfolio like a millionaire, Borno said.

“The thing that’s really cool is that the way that we set up the proposals,” he said. “In the traditional world a person would need a million dollars in order to properly diversify but we can give them the same portfolio that the so called ‘billionaire’ would have for their first $5,000 or $10,000.”

Borno got his certified financial planner license and went to the Darden School of Business at the University of Virginia, where he created 1787fp in February 2016.

The name for the app came in two parts. 1787 was inspired by the year the constitution was created, Borno said. And “fp” stands for financial planner.

“I just wanted to get something that kind of paid tribute to the world’s greatest startup — the United States,” Borno said.

The app is not out yet, but a beta version should be released shortly. Then once Borno reviews feedback from the beta version he will make adjustments and then release final version in the summer.