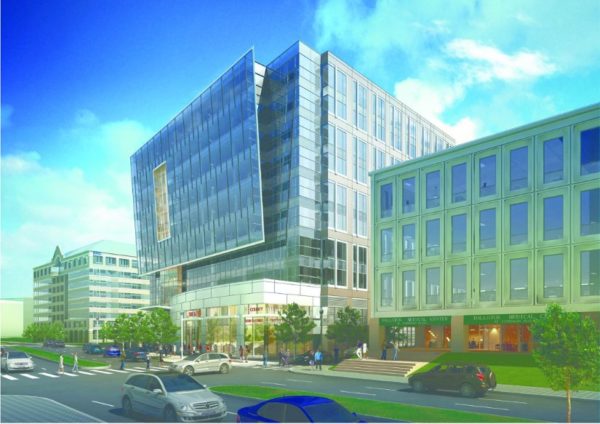 A black box theater is expected to be formally removed from the plans for a development in Virginia Square at this weekend’s Arlington County Board meeting.

The County Manager’s office has recommended that a new site plan amendment be approved that would remove the theater from the development’s required community amenities.

Mark Schwartz, the County Manager, moved to absolve the developer of the black box theater requirement last year. Though the theater was in line with the Virginia Square sector plan, its initial operational and financial costs, as well as ongoing operational costs that would rely on tax support, were deemed too high.

Considering those costs, the project didn’t align with “a shift in strategy which talks about delivering cultural programming with low-cost, high-impact investments,” said Schwartz.

The proposed plan would also lower the building’s height by eight feet, eliminate a mezzanine level, and add an outdoor terrace at the penthouse level.

The site was previously home of the Arlington Funeral Home, which closed in 2011 after 55 years in business.