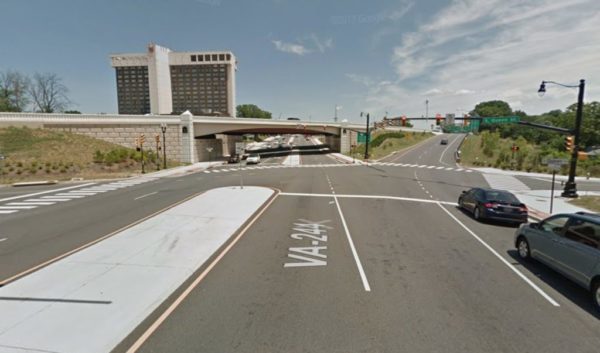 Police are still investigating the crash, according to ACPD. The victim has been identified as 44-year-old Arlington resident Jay Thoman.

The Arlington County Police Department is investigating a fatal pedestrian crash that occurred on Monday, April 30 at the intersection of Columbia Pike at S. Queen Street. At approximately 7:08 a.m., police responded to the area for the report of a pedestrian struck by a vehicle. Members of the Crash Reconstruction Team responded to the scene and are conducting an ongoing and active investigation.

The driver of the striking vehicle remained on scene. The victim was transported to George Washington University Hospital where he was subsequently pronounced deceased.

The identity of the pedestrian is being withheld pending proper identification.

Anyone with information regarding this crash is asked to contact Detective Johnson at [email protected] or 703-228-4193. To report information anonymously, contact the Arlington County Crime Solvers at 866.411.TIPS (8477).