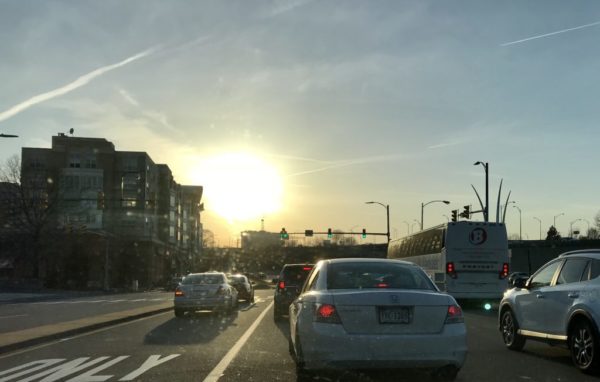 Pedestrian Hit, in Critical Condition — Police closed a ramp to Washington Blvd and southbound I-395 during a portion of the Monday morning rush after a vehicle hit a pedestrian in the area of Columbia Pike and Queen Street. The man was taken to the hospital in critical condition. [WJLA, WTOP]

Woman With Cerebral Palsy Finishes First Marathon — Arlington resident Jamie Watts has completed her first marathon, finishing the New Jersey Marathon in 14 hours and 33 minutes. Watts, 36, has cerebral palsy and started participating in races a few years ago to get in shape for a family trip. She has since worked her way up to half marathons and now a full 26.2 miles. [WUSA 9]

Homebuyers’ Cost Per Square Foot Increases — Arlington homebuyers’ cost per square foot increased by 3.6% during the first quarter of 2018, compared with the same time last year. Those buying homes within the county paid a median $462 per square foot, which is more than in any other Northern Virginia jurisdiction. [InsideNova]

Taekwondo Legend Dies in Arlington — “Grandmaster Jhoon Rhee, the man known as the ‘father of American Taekwondo,’ died Monday after a long illness. He was 86. His son, Chun Rhee, said his father died in hospice care in Arlington, Virginia.” [Associated Press]

Cinco De Mayo Options in Arlington — Ragtime, Pamplona and Bar Bao are a few of the Arlington options for celebrating Cinco de Mayo and the Kentucky Derby this weekend. [Eater]