Lagers are truly the king of beers in the United States, if not around the world.

For years now, craft breweries have tapped into an already lager-hungry cross-over market offering traditional styles that contrast with hoppy or sour beers.

A well-made craft lager or even traditional import can be a refreshing alternative to the glut of ales on the market. Often low in ABV, though not always, and crisp and malty rather than heavy and fruity — they make the perfect addition to the Summer cooler.

At it’s root, the thing that sets a lager apart from an ale is the yeast. Ale yeast requires warmth in order to start the fermentation of sugar into alcohol, adding fruity flavors to the beer. Because ales are made at warm temperatures, the yeast remains near or at the top of the wort as it makes the beer — ales are also known as “top fermenting beers.”

Lager yeast actually begins fermentation at lower temperatures and is slower to complete it. That slower fermentation also happens at the bottom of the tank, giving lagers the designation of bottom fermenting beers. The result is a crisp, clean flavor that should be free of the fruitiness that ales display.

The word lager is derived from the German word “lagern,” which means “to store.” In fact, lagering is the process of storing the beer at temperatures around or below freezing for a period of time. Lagering allows the few flavor compounds created by the slow fermentation of the lager yeast to reabsorb and be processed out.

All the lagers that I’m exploring are relatively light in color, but they can also be brown or black as the yeast and the lagering is what makes a lager a lager and not the grain or the color. 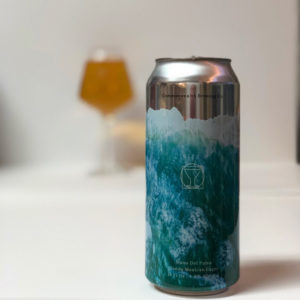 Mexican lagers are made by adding corn to the grain bill, which adds sweetness and contributes to the crispness that you get with beers like Corona or Dos Equis. Mano Del Puma is a simple, but delicious brew.

Inhaling, I get fresh herbs like parsley and cilantro bracketed by clean, white flour. The sip is crisp soda cracker with a subtle sweetness.

It’s all on point. At only 4.8% ABV this is great for a hot summer day after mowing the lawn or grilling. This isn’t just crushable, it’s totally poundable. 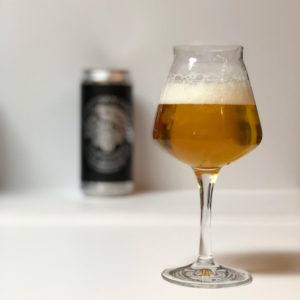 The aroma was fresh cut grass, wild flowers and white bread. Clean and lightly sweet, the sip goes from subtile green herbs to pleasantly malty without ever getting bitter.

It’s refreshing on a 90 degree day like today. And unfortunately, it’s also limited. But look for other Lager Series beers as they will be released every month and a half. 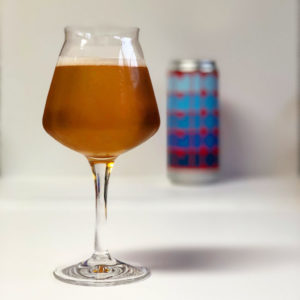 A maibock is a traditional German beer style, made for Spring with its lighter malt and extra hop flavor — “mai” means May in German.

Made to mark the longer, brighter days that lead out of Winter, maibock contrast with Winter bocks that tend to be darker and heavier lagers.

Pouring a light amber, Ayinger’s maibock gives off an aroma of honey and wheat bread with a hint of floral spiciness. The flavor is simple: sweet and malty with a light hop-derived bitterness. The classic German Hallertau hops that Ayinger uses lend this beer it’s spicy aroma and subtle contrast to the malt.

This is a classic beer that great on a Spring evening as the air begins to cool after the warmest part of the day.

Join Dominion Wine & Beer on Friday, May 4 from 5-7 p.m. for their weekly beer tasting. Mano del Puma will be available on tap and in cans — perfect for the weekend. They will also be pouring IPAs from Offshoot Beer Co. and Reaver Beach Brewing Co.