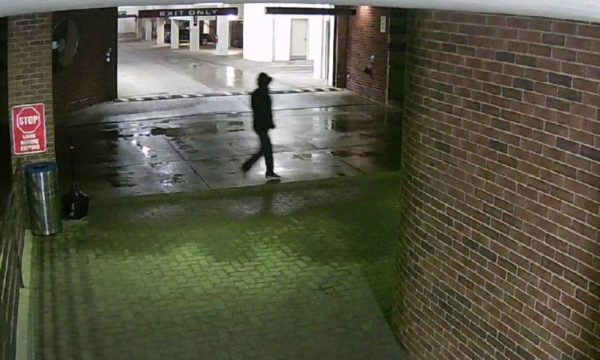 Update at 6 p.m. — ACPD says that the same suspect is believed to be responsible for at least nine separate indecent exposure incidents, all in the same general area.

“The suspect is described as a Hispanic male in his 20’s or 30’s, 5’8″ to 5’10” tall with a medium build,” police said in an updated press release. “In several incidents, the suspect was reported to be wearing dark clothing with a hat or hood pulled tight around his face.”

Earlier: Two additional indecent exposure incidents were reported over the weekend and the suspect might be a repeat offender.

Like previous incidents, both happened in the Radnor-Fort Myer Heights neighborhood, near Rosslyn and Courthouse, and involved a suspect wearing a hoodie with the hood up.

Asked yesterday if the cases might involve the same suspect, an Arlington County Police Department spokeswoman said both have been “referred to our Special Victims’ Unit for additional investigation and to determine if the cases are linked.”

The department is asking for the public’s help in identifying the suspect.

INDECENT EXPOSURE, 2018-05060211, 1900 block of Clarendon Boulevard. At approximately 10:25 p.m. on May 6, police were dispatched to the report of a possible exposure. The witness described the individual as a possible black male wearing a dark hoodie. No additional information was provided by the witness regarding the incident. Upon arrival, officers established a perimeter and canvased the area with negative results. The investigation is ongoing.