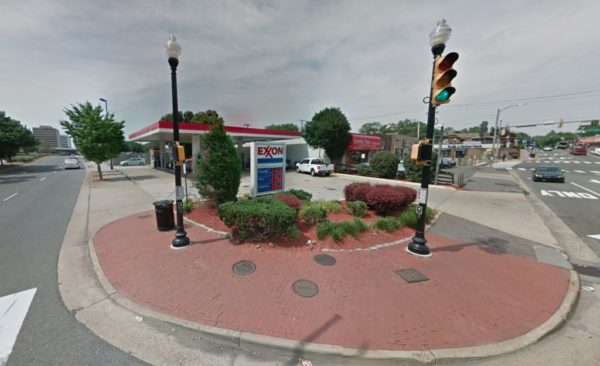 One person was stabbed and other is in police custody after a towing dispute in Crystal City led to violence Thursday afternoon.

The incident happened around 1:30 p.m. at the Exxon station near the intersection of 23rd Street S. and Route 1.

“At approximately 1:29 p.m. police were dispatched to a dispute in progress in the 2300 block of Jefferson Davis Highway,” said Arlington County Police Department spokeswoman Ashley Savage. “Upon arrival, it was determined that a verbal dispute over towing escalated into physical violence, resulting in a victim suffering from a stab wound.”

“The victim has been transported to the hospital in serious condition,” Savage continued.” One suspect has been taken into custody. There are no outstanding suspects and no ongoing threat to the community. Police remain on scene investigating.”

Officers were initially dispatched to the scene for a report of a fight involving a man with a gun. The man was soon determined to be an armed law enforcement officer who in some way intervened, according to scanner traffic.

“A federal law enforcement officer witnessed the incident,” Savage said in response to an inquiry by ARLnow.com. “The details surrounding the incident remain under investigation.”

Update at 6:35 p.m. — WJLA is reporting that an Advanced Towing tow truck driver was arrested and is accused of stabbing the victim during a dispute over towing the victim’s car.