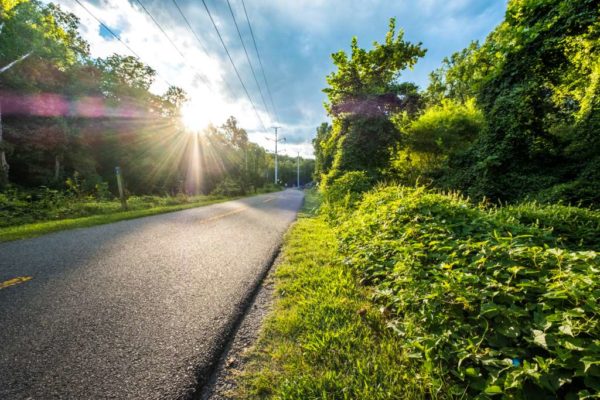 Arlington has the fourth-best park system in the entire country, just behind our neighbors across the Potomac, according to a new set of rankings from the Trust for Public Land.

The county climbed two spots in the California-based group’s rankings from a year ago, earning a “ParkScore” of 81.6 out of 100. D.C. was just slightly ahead of Arlington at 81.6. Minneapolis took the top spot nationally with a score of 84.2, with its twin city St. Paul, Minnesota placing second with 82.4.

The Trust for Public Land compiles the rankings based on four factors: the percentage of residents living within a 10-minute walk of a park, the percentage of a locality’s total area dedicated to parks, park spending per resident and the availability of popular park features.

Arlington scored well on all of those factors, according to Ali Hiple, program coordinator at the trust’s Center for City Park Excellence. She noted that the county ranked fourth overall two years ago as well, and she believes Arlington’s parks system should be a “point of pride” for the county.

“Parks contribute so much to a great quality of life,” Hiple told ARLnow. “They both help a city overall in beautifying the city and managing its stormwater, but they also offer chances for recreation. It’s about neighbors getting to spend time together.”

Hiple’s group found that 98 percent of Arlington residents live within a 10-minute walk of a park, compared to the 70 percent average nationally. Hiple noted that researchers use mapping software to study distances not simply “as the crow flies,” but they take into account potential obstacles between people and nearby parks as well.

“We’re measuring if it’s 10 minutes on foot, so that means it’s about walkability as well, which Arlington is certainly doing well on,” Hiple said.

Arlington also performed particularly well in the group’s survey of access to park amenities, with lots of restrooms and playgrounds available for residents, she added. The county also earned full marks from Hiple’s group for its spending on parks; the trust found that Arlington spends about $240 per resident on the park system.

Yet where the county fell the most behind D.C. is in the sheer acreage of park land available. The group found that 22 percent of D.C.’s land is reserved for parks, compared to 11 percent for Arlington.

“Arlington has semi-small parks well distributed throughout the county, but not those big chunks of park land,” Hiple said. “D.C. has things like Rock Creek Park that contribute to the acreage.”

But Hiple said the county has nothing to be ashamed of in falling behind D.C., another frequent top performer in the group’s annual rankings.