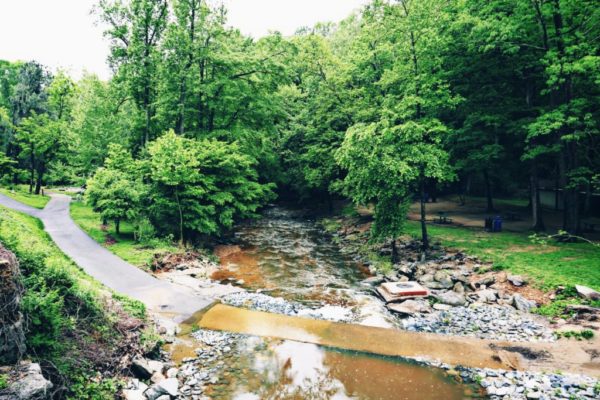 Work Begins to Replace Collapsed Pipe — A collapsed 18-inch stormwater pipe is being replaced on Arlington Ridge. The work is necessitating a detour for Arlington Ridge Road traffic between 23rd Street and S. Glebe Road. The stretch has been the site of numerous water main issues over the past few years. [Twitter]

Big Turnout for Caps Sendoff — Thousands of fans reportedly flocked to the Kettler Capitals Iceplex in Ballston on Saturday to give the Caps a Stanley Cup sendoff as they traveled to Las Vegas for Game 1 of the finals. [WUSA 9]

Manager Warns Against Additional Debt — “[Don’t] do it. That’s Arlington County Manager Mark Schwartz’s advice to County Board members, urging them to resist any temptation to disregard the government’s self-imposed, and for the most part sacrosanct, debt guidelines. The guidelines, long in place to help the county government retain AAA bond ratings, call for the cost of servicing municipal debt to remain less than 10 percent of the total overall county-government budget in any given year.” [InsideNova]