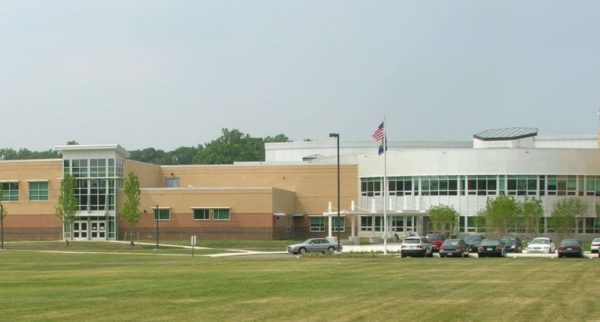 Kenmore was dismissed early after the A/C went out, a school spokesman confirmed to ARLnow.com. A parent said the HVAC issue, which happened on the hottest day of the year so far, forced “parents, students, teachers, staff and superintendent Murphy [to] swelter through 8th grade promotion ceremony” this morning.

The heat did not appear to dampen the spirits of those participating in the ceremony, however.

The school sent the following email to parents about the early dismissal.

As many of you experienced this morning during eighth grade promotion, our HVAC system is not working. We are currently working on fixing the system, but in the meantime, the temperature in the building has continued to rise. Given the extreme heat expected this afternoon, we have decided to cancel school for the remainder of the day.

Students will be dismissed from school at 11:45 AM. Transportation will be provided buses to students. Students will also have lunch prior to leaving for the day.

The check-in program will still be open.

Thank you for your patience with this issue.