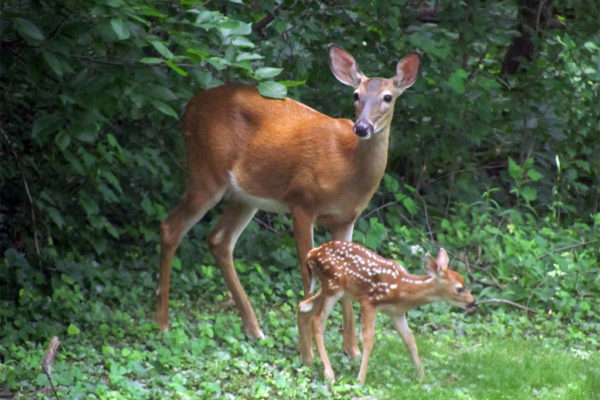 Happy Trails to Barry Trotz — Arlington resident and Stanley Cup winning coach Barry Trotz is stepping down as head coach of the Washington Capitals. (A number of Caps coaches and players call Arlington home, given that the team’s home base is the Kettler Capitals Iceplex in Ballston.) [Washington Post, WJLA]

Crash Closes Departures Roadway at DCA — A vehicle crash and the subsequent cleanup effort closed the departure level roadway for an extended period of time yesterday. “A car with three occupants accidentally ended up on a jersey wall and rode along it for approximately 100 yards before coming back down,” an Arlington County Fire Department spokesman told ARLnow.com. “One occupant had minor injuries, but none were transported.” [Twitter, Twitter]

Neighborhood Battles to Save Tree — “Another development-preservation battle is gearing up in Arlington, this one focused on the fate of a dawn redwood on Ohio Street… A petition was recently initiated by Todd Murdock who lives several houses away from the tree. In a day the petition had 500 signatures and by June 10 the number of signatures had grown to more than 700.” [Arlington Connection]

Kaine on Housing Affordability, Amazon — U.S. Sen. Tim Kaine (D-Va.) swung by Clarendon on Monday to speak at a forum on housing affordability. He believes localities like Arlington that are dealing with skyrocketing rents need help from the federal government, but he lamented that the Trump administration’s policies could be actively making the problem worse. Afterwards, he told a reporter that rush hour traffic may be a significant detriment to Northern Virginia’s bid for Amazon’s HQ2. [Twitter, Washington Business Journal]

Nearby: Wawa Coming to Georgetown — Rosslyn residents and workers may be able to walk — or take a gondola? — to the next D.C. Wawa. The convenience store chain plans to open in the former Restoration Hardware space on Wisconsin Avenue NW. [Washington Business Journal]