When Aaron Rutter and Sahaj Sharda were randomly paired as freshman roommates at Georgetown University almost two years ago, they had no idea they would soon become business partners.

“Sahaj had bought a whiteboard for the room… just because he had thought that’s what app creators do,” Rutter said. “Throughout the entire year, we were continually coming up with new ideas, new apps, new concepts and at one point we just got to Dynos.” 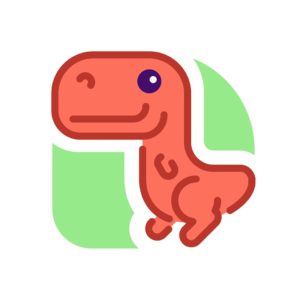 Dynos — a play on “dynamic pricing” — is a free app that offers users discounts at several restaurants near Georgetown, and soon, they hope, throughout Arlington.

When Dynos launched in beta mode in March, it was available only to Georgetown students and accrued more than 1,000 users, Rutter said. Now, anyone can download the app, and Rutter and Sharda have plans to expand well beyond their college campus this summer.

“Right now, we’re actually focusing on keeping Georgetown and expanding through Arlington… with the target audience being everyone, not just students,” Rutter said.

Dynos also launched a “$1,000 Campus Challenge” as a way to “break in to areas outside” D.C. and Virginia, Rutter said. College-age participants can earn up to $1,000 for signing up restaurants near their universities.

Since they don’t charge either restaurants or customers to use the app, Dynos currently relies on the support of two companies: Miracle Systems, a Rosslyn-based contractor lending Dynos office space, and Supersmile, an oral care company based in New York, Rutter’s home state.

“In terms of actually means of making a profit, there are about 10 or so ways that we can go about it,” Rutter said, including by introducing “advertisements or charging a fee on either end.” At this point, however, their priority is “not deterring anyone from using the app,” Rutter added.

This is not Sharda’s first venture in the startup world: in 2015, he worked with Ajay Maheshwari, Dynos’s chief technology officer, to develop Notify Anywhere. That project, a platform that allows group leaders to send alerts to a list of contacts, also partnered with Miracle Systems. 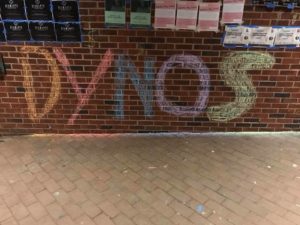 In April, Sharda released a book about dynamic pricing. For Dynos, dynamic pricing means that the discounts restaurants offer are “based off of supply and demand,” Rutter said.

“By us helping [restaurants] to serve more food and draw in more customers, we’re cutting down their food waste,” he said.

Arlington businesses have thus far been supportive of the young startup’s efforts to expand, Rutter added.

“It’s just been shocking how helpful they are and how [good] of a community it is, where everyone knows each other… whereas in D.C. we had nothing like that,” Rutter said.