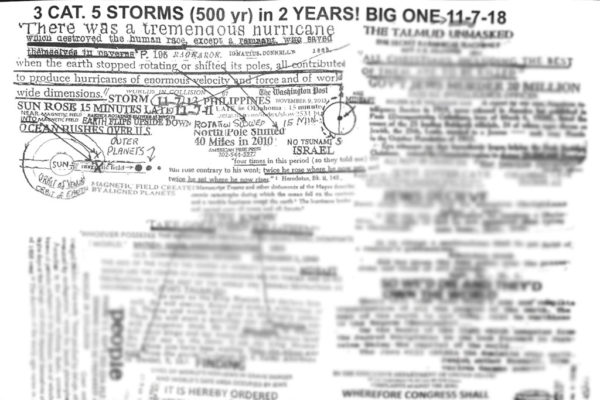 Someone distributed anti-Semitic flyers around the Lyon Village neighborhood near Courthouse this week.

The flyers rant about Jews controlling the weather, call for war to be declared on Israel and urge the government to “prepare caves” to save citizens from a coming cataclysm.

A resident tells ARLnow.com that he first spotted the pamphlets Thursday evening and thought they were “disturbing and seemingly threatening nature.”

“I just sent in a suspicious information report to the ACPD to keep them aware and also wanted to share with you,” he added.

Similar flyers, which reference a “conspiracy pamphleteer” named Peter J. Cojanis, have previously been distributed in Cleveland Park and Petworth in D.C. and Chevy Chase in Maryland.

Read more →
More Stories
BREAKING: Police Searching for Stabbing Suspect in WestoverPolice Want You to Be on the Lookout for Suspicious Activity This Summer