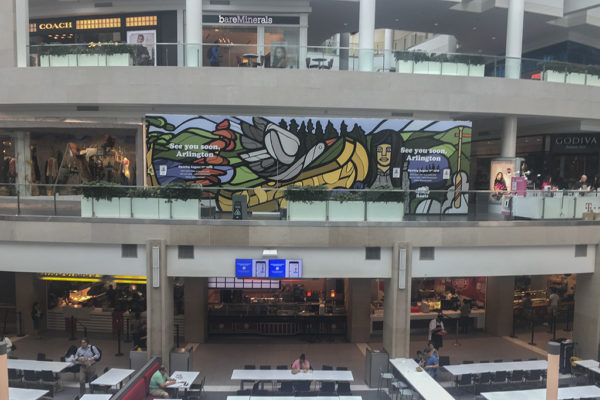 Lifestyle brand Roots Canada will open up shop in a 3,200 square foot space within the Fashion Centre at Pentagon City next Friday (Aug. 10).

Though a display in front of the forthcoming store, pictured above, advertises Roots as coming Aug. 11, a recent press release from the company, Fashion Centre at Pentagon City’s website and ads in the Pentagon City Metro all set the opening date as Aug. 10.

Next Friday’s opening in Arlington will come the day after Roots opens for business in Georgetown (3259 M. Street NW).

The two D.C.-area sites follow three new stores that opened this June in Greater Boston. Roots aims to have between 10 and 14 new retail locations open in the U.S. by the end of next year, according to an April press release.

END_OF_DOCUMENT_TOKEN_TO_BE_REPLACED

More Stories
Boring Title: The Hardest Part of Our Business Which Likely is the Same for Many OthersNew Study Names Arlington Schools Tops in the State