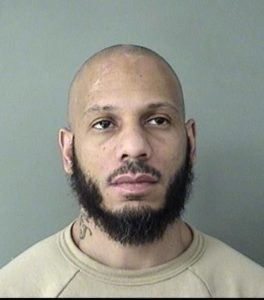 A Washington, D.C. man is now facing 23 years behind bars, after pleading guilty to shooting and killing a man at a party in Williamsburg last year.

Investigators believe Johnson got into an argument with 23-year-old Michael Gray of Manassas on Feb. 17, 2017 while the pair attended a party at a home on the 6300 block of 29th Street N., not far from Bishop O’Connell High School. Police believe Johnson then shot Gray, who later died of his injuries at a nearby hospital.

Johnson managed to flee the scene before police arrived, and he was only arrested in October after he was caught shoplifting in New York City. He was initially charged with first degree murder, before pleading to a lesser charge this week.

“Mr. Gray tragically lost his life to a senseless act of violence by Jason Allen Johnson,” Arlington County Deputy Police Chief Daniel Murray wrote in a statement. “This sentence is a result of the commitment of our detectives to continue to pursue this case and hold Johnson accountable for his actions, despite fleeing from the commonwealth. Although nothing will return the victim to his family, we hope this sentence will provide closure to the victim’s family knowing that this violent criminal will be behind bars for a significant amount of time.”