When schools, booster clubs, scout troops or any number of other organizations need support, they often turn to their communities with a product for sale.

But when Mark Abbott’s kids had to fundraise with products  “that were expensive and not healthy,” it “just did not seem like a 21st century solution to the problem of under-resourced schools,” Abbott said. 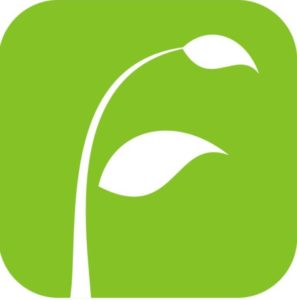 So, Abbott founded FarmRaiser, an online platform “with a goal of creating healthy fundraisers that also helped local farmers and food artisans,” that launched in May 2015, Abbott said.

FarmRaiser, which moved to Crystal City in 2017, connects organizations looking to fundraise with local suppliers of goods like fresh produce, dark chocolate and granola.

Typically, the cause and suppliers share sales revenue in about a 50/50 split, with a small amount going to FarmRaiser, Abbott said.

FarmRaiser also works with “food aggregators” like The Common Market to “get product to all of our schools” from the local sellers, Abbott said.

The model FarmRaiser uses looks to benefit all parties involved — in school fundraisers, for instance, students can learn about the benefits of eating healthy, local food, Abbott said. For community members purchasing FarmRaiser goods, “you know that a good portion of your check went to the cause,” he said. And suppliers on the FarmRaiser platform can support good causes in a way that benefits them “as well as the cause,” Abbott said.

“At the very end of the campaign… the supplier gets a check for the amount of goods that were ordered and they get email contacts for all of the folks who have bought that product,” Abbott said.

In 2017, over $600,000 worth of merchandise was sold through the FarmRaiser platform, Abbott said. This year, they expect that number to increase between three- and four-fold.

“A good portion of that growth [is] coming from other types of companies that are doing fundraising now,” Abbott said, like garden seed companies or cut flower stores.

Those companies adopt FarmRaiser’s system, which “is pretty much automated from A to Z,” Abbott said.

FarmRaiser is a “venture-backed company,” Abbott said. They’ve done two full rounds of funding, through which they raised “just over a million dollars,” supporting two versions of the platform, Abbott said. They’re also closing a seed series round that includes funding from angel investors and Virginia’s Center for Innovative Technology.

“The goal is to grow big enough that we can do maybe an institutional round of funding before we’re self-sufficient,” Abbott said.

In measuring the success of the company, “of course, common metrics for us are the amount of merchandise that’s sold on the platform, but we also think about… the amount of kind of sugar and preservatives that we divert from family households,” Abbott said. Whenever someone sells a healthier product, “we consider that a win.”