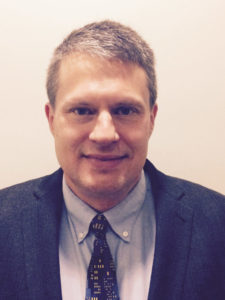 Arlington is now looking for a new ombudsman for county residents, a staffer dedicated to helping people sort out problems and access government services.

Sharpe took over as ombudsman back in 2016, as part of an expansion of constituent service offerings within County Manager Mark Schwartz’s office.

Smith says Sharpe “made significant contributions to the county’s constituent services efforts serving the community” during his tenure and will now be “responsible for operational and managerial aspects” of the public health division. He previously worked as an assistant director in the county’s Department of Human Services.

Brian Stout will serve as the county’s acting resident ombudsman while Schwartz searches for a permanent replacement, Smith added. She hopes to wrap up that process sometime next month.

The county is also currently looking for a permanent “business ombudsman” to work with local businesses to navigate county regulations, after Shannon Flanagan-Watson was appointed deputy county manager in May. Jeanine Finch is currently filling the role on a temporary basis.