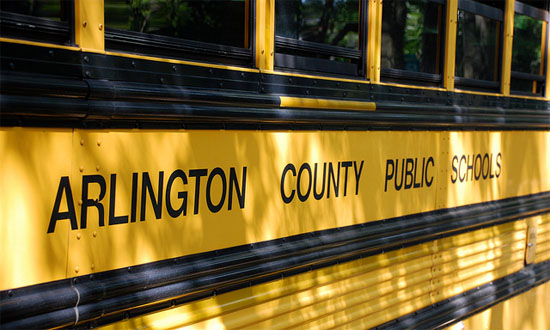 According to test results released yesterday (Wednesday), county students exceeded state pass rates on 25 of the 29 subjects included on the Standards of Learning tests for the 2017-18 school year. Arlington Public Schools expects the results will mean all of its schools earn state accreditation for the fourth straight year.

APS recorded steeper declines among English learners and economically disadvantaged students, though most rates also held steady. The reading pass rate for low-income students dipped from 70 percent to 63 percent, for instance, while it fell from 69 percent to 61 percent for English learners.

The year came with some notable successes for APS students as well. A full 100 percent of county eighth graders passed their history test, matching a feat the county last managed in the 2015-16 school year.

“These results reflect the continued dedication of our teachers and staff who focus on ensuring that the individual needs of all students and families are being met,” Superintendent Patrick Murphy wrote in a statement. “I recognize that partnerships with families and community organizations will further strengthen our efforts to ensure success for all students; a core focus of our 2018-24 Strategic Plan.”

Statewide, students also recorded slightly lower pass rates than they did a year ago. Scores in all five subject matter areas dipped from last year, though state officials note that pass rates have increased overall since the state introduced more difficult tests five years ago.

END_OF_DOCUMENT_TOKEN_TO_BE_REPLACED

More Stories
The Right Note: Metro’s Biggest Problem With Its Union ContractArlington Officials Hail the Arrival of Small Business SyLearn as a Modest, Yet Meaningful, Win